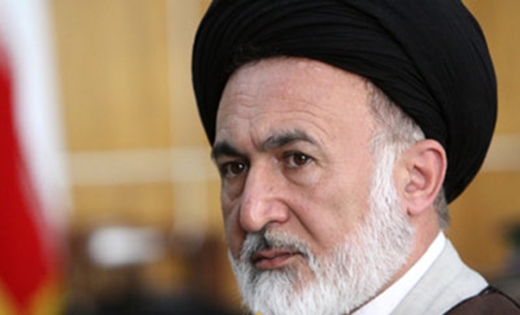 The Supreme Leader’s representative for Hajj affairs says that if Saudi Arabia fails to punish those who sexually abused Iranian teens, Iran is likely to make a new decision on Hajj.

The director of the Iranian Hajj and Pilgrimage Organization has condemned the sexual harassment of two Iranian teenagers at the hands of Saudi police, saying those behind the abuse should be given the harshest penalty.

Seyyed Ali Ghazi Asgar said that the continuation of trips to Saudi Arabia by Iranian pilgrims for the Minor Hajj is tied to what measures Saudi officials take in response to the sexual abuse, entekhab.ir – an Iranian news website – reported on Saturday.

If Saudi officials fail to properly and severely deal with the case, the continuation of pilgrimage trips will not be expedient for Iran and Iranians, he said.

He went on to say that the obscene act, at Jeddah airport, of Saudi officials who are supposed to ensure people’s security is condemnable, adding that the toughest punishments should be handed down to the violators.

Ghazi Asgar, who is also the Supreme Leader’s representative for Hajj affairs, further said that Saudi officials have vowed that the abusers will be punished severely, adding that we are waiting to see that happen.

The unprecedented, indecent act of Saudi police has hurt the sentiments of the Iranian people, he said, adding that if the harassment of Saudi police go unpunished it will be very tough to contain Iranian feelings, and that Iran is likely to make a different decision.

He then said that officials at the Hajj and Pilgrimage Organization and Foreign Ministry have taken action since the very beginning of the incident and have repeatedly lodged official, written protest [with the Saudi officials].

The Hajj official further said that Iranian officials have since traveled to Saudi Arabia and entered talks with officials there, calling for a swift investigation into the harassment and severe punishment for the violators.

Saudi officials and Jeddah police have investigated the case, provided the required documents and eventually identified and arrested those involved in the violation, Ghazi Asgar said.

On March 28, two Iranian teenagers were sexually harassed by police officers at the airport in Jeddah as they were coming back to Iran after carrying out the Minor Hajj.