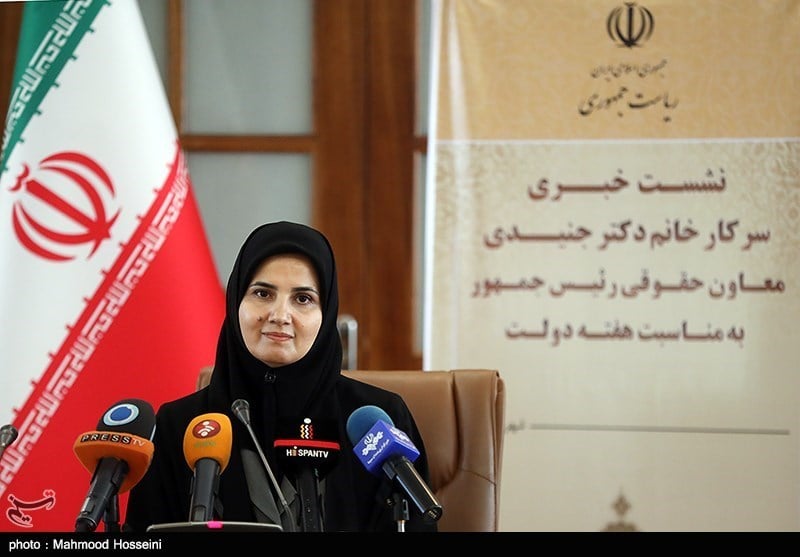 Iran’s vice president for legal affairs dismissed the notion that there is no guarantee that the International Court of Justice’s ruling on the country’s lawsuit against the US for breaching the 1955 Treaty of Amity and re-imposing sanctions would be enforced.

Speaking to reporters on the sidelines of a weekly cabinet session on Wednesday, La’ya Joneidi hailed the top UN court’s ruling that the US should ensure that sanctions against Iran do not impact humanitarian aid or civil aviation safety.

As regards the US anger at the ICJ’s verdict in favor of Iran, Joneidi underlined that the UN member states are bound to honor the court rulings.

Hailing the outcomes of the pro-Iran rulings, the vice president said it empowers UN members to follow up on the case and also provides better conditions for the companies intending to work with Iran.

On Wednesday, the ICJ found that assurances offered by Washington in August that it would do its best to ensure sanctions would not affect humanitarian conditions were “not adequate to address fully the humanitarian and safety concerns raised” by Iran.

In its provisional verdict, the ICJ ruled that the US government should lift all bans on the free export of humanitarian goods like food and medicine to Iran which have been re-imposed after Washington’s withdrawal from the 2015 Iran nuclear deal.

The ICJ, which is based in The Hague and is also known as the World Court, is the United Nations tribunal for resolving international disputes. Iran’s filing asks the ICJ to order the United States to provisionally lift its sanctions ahead of more detailed arguments.