IAEA New JCPOA Report to Show Whether Agency Swayed by US 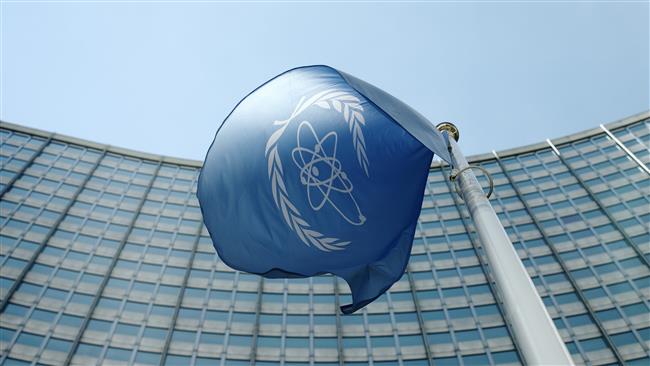 The IAEA’s upcoming report on the Iran nuclear deal is seen as a new yardstick against which to measure the UN nuclear watchdog’s neutrality in dealing with the agreement amid US pressures.

Iran’s official news agency IRNA has, in a Farsi article, weighed in on the latest developments related to JCPOA, the deal signed between Iran and the six world powers over Tehran’s nuclear program. The highlights of the analytical piece follow:

The eighth report on the JCPOA by the International Atomic Energy Agency (IAEA) likely to be published on August 31 will be a new touchstone of neutrality on the part of the UN nuclear agency.

This comes against the backdrop of a recent trip to Vienna by US Ambassador to the UN Nikki Haley and Iran’s warning about the adverse consequences of putting pressure on the IAEA.

Haley recently travelled to the Austrian capital and met with IAEA Director General Yukiya Amano. Following the meeting, Iranian Foreign Minister Mohammad Javad Zarif, in a letter to Amano and EU Foreign Policy Chief Federica Mogherini, said, “The announced objective of Haley’s trip to Vienna raises serious concerns over a greater-than-ever violation of the letter and spirit of the JCPOA and UNSC Resolution 2231.”

In reaction to a statement by the US mission to IAEA, Iran’s mission to the UN nuclear watchdog warned against the adverse consequences of any illegal pressure on the agency.

“The Islamic Republic of Iran is well familiar with its duties and responsibilities as stipulated by the Nuclear Non-Proliferation Treaty (NPT), the IAEA’s Safeguards Agreement, the JCPOA and the Additional Protocol, has remained committed to those responsibilities, and will continue to do so,” said Iran’s mission to the IAEA.

However, it added, Iran will not allow any country to hijack these regulations to serve its own political interests.”

The statement by the Iranian mission also voiced content with the IAEA’s reports on Iran’s compliance with its obligations under the JCPOA, all of which prove Tehran has fully lived up to its commitments under the deal. The statement also highlights that Iran expects the IAEA chief, inspectors and experts to continue to professionally fulfil their duties and missions vis-à-vis the JCPOA.

Although Iran has had considerations regarding the UN nuclear agency’s reports, the IAEA’s reports on the JCPOA have, overall, been confirmed in terms of neutrality and technical matters. This time, too, given Iran’s transparent stances, the IAEA is unlikely to be swayed by the US pressure and mention points which would jeopardize the essence of the JCPOA and the verification system in Iran. The IAEA director general has also praised the JCPOA as a pure benefit for nuclear verification.

Anyway, this time, given the new US administration’s overt and covert pressures on the IAEA to inspect Iran’s military sites, there will be more sensitivity regarding the report.

In the meantime, Iranian Foreign Ministry Spokesman Bahram Qassemi said in a press briefing that Iran will not allow others to enter sites which are off limits under the JCPOA, and that the IAEA’s inspections will definitely take place based on “our own domestic policies.”

Qassemi urged the IAEA to defend its independence and status against Washington’s illogical and unrealistic demands.

“We are confident that they cannot impose their demands. We have given the agency the necessary warnings and made the required recommendations, and we will continue the same approach in the future,” said Qassemi.

Therefore, we should wait for release of the IAEA’s new report to see to what extent the Agency has managed to maintain its independence in the face of Washington’s pressure.

As Iranian President Hassan Rouhani said in a televised interview on August 29, 2017, “Iran’s commitment to the world is clear; it is the regulations, not the US, that determine our relations with the IAEA; we won’t succumb to pressure and will engage with the Agency within the framework of regulations.”