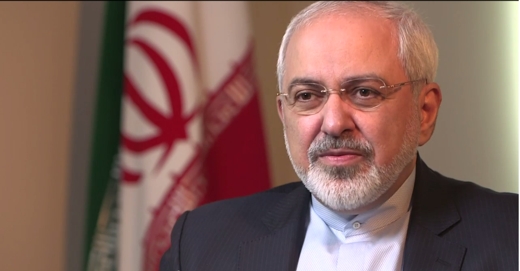 This resolution goes far beyond the closure of the so-called PMD and officially nullifies the previous 12 resolutions of the governing board on Iran’s nuclear program, Zarif said.

Foreign Minister Mohammad Javad Zarif says the closure of the case of the past and present outstanding issues regarding Iran’s nuclear program will open a new chapter in ties between Iran and the UN nuclear agency.

The foreign minister commended the approval of a resolution by the Board of Governors of the International Atomic Energy Agency (IAEA) on Tuesday.

Finally after 12 years, the board asserted that Iran and the IAEA have met their obligations under the roadmap they signed in July and explicitly announced the closure of the so-called PMD file, he said.

“This resolution has gone far beyond the closure of the so-called PMD and has officially nullified the previous 12 resolutions of the governing board regarding Iran’s nuclear program that contained allegations and serious restrictions on the country’s nuclear program,” the Iranian foreign minister pointed out.

He added that the 35-nation board also specified a new agenda for a specific period of time about the implementation of JCPOA.

Zarif said the resolution once again verified the non-diversion of Iranian nuclear material toward non-peaceful activities and Tehran’s full commitment to the Non-Proliferation Treaty (NPT) regulations, adding that it reaffirmed the peaceful nature of Iran’s nuclear program.

The Islamic Republic reiterates its perennial policy on the prohibition of the production and use of weapons of mass destruction as well as the country’s full commitment to the NPT and expresses its readiness to completely implement JCPOA provided that the P5+1 countries will also remain committed to their obligations, Zarif said.

During its meeting in the Austrian capital Vienna on Tuesday, the Board of Governors overwhelmingly voted in favor of a draft resolution which brings an end to a 12-year investigation into the past and present outstanding issues regarding Iran’s nuclear program.

The 35-nation body passed the draft resolution which had been submitted by P5+1 on December 7 on Iran’s past nuclear activities.