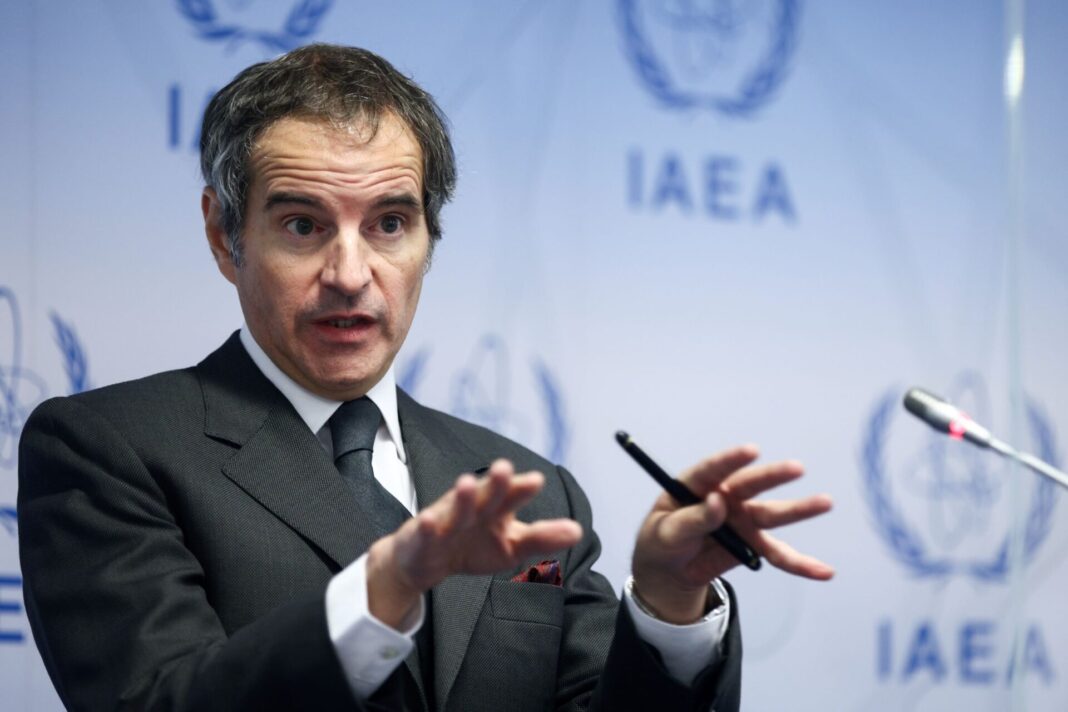 Tehran has not provided explanations that are technically credible in relation to the findings at "three undeclared locations in Iran", International Atomic Energy Agency (IAEA) Director General Rafael Grossi says. Iran denies claims of undeclared nuclear activity in its sites.

The IAEA has begun its regular Board of Governors meeting in Vienna, with Iran’s nuclear issue and Tehran’s cooperation with the UN nuclear watchdog expected to take center stage.

During the event, the Board of Governors is supposed to adopt an anti-Iranian resolution drafted by Britain, France, Germany, and the United States, which aims to accuse Tehran of withholding cooperation with the agency and not doing enough to resolve the so-called outstanding issues.

In his introductory statement to the Board meeting on Monday, Grossi once again repeated his anti-Iran rhetoric, alleging that since February 23, 2021, the Agency’s “activities have been seriously affected by Iran’s decision to stop the implementation of its nuclear-related commitments under the JCPOA, including the Additional Protocol.”

He added, “Iran has not provided explanations that are technically credible in relation to the Agency’s findings at three undeclared locations in Iran,” following Grossi’s meeting with head of the Atomic Energy Organization of Iran Mohammad Eslami and the adoption of the two sides’ joint statement on March 5, 2022.

Grossi’s remarks came despite frequent warnings by Iran that in case the Agency drifts away from its technical nature and makes a politicized decision related to Iran’s peaceful nuclear program, the country will respond in kind.

Iran’s Foreign Minister Hossein Amirabdollahian described any political interference in IAEA’s technical affairs as “unconstructive,” stressing the need for avoiding political approaches in the forthcoming meeting of the Agency’s Board of Governors.

“The process of technical cooperation between the Agency and the Atomic Energy Organization [of Iran] and the frequent emphasis put on the peaceful nature of Iran’s nuclear program by the Agency cannot be reversed all of a sudden and through a hasty political statement,” he stressed.

“During the recent visit to Iran by Grossi, we reached a mutually satisfactory agreement through a positive process. We believe that political interference in the technical affairs of the Agency is totally unconstructive,” Iran’s FM continued.

Foreign Ministry spokesman Saeed Khatibzadeh has also said the country will respond strongly and proportionately to any “unconstructive move” at the upcoming meeting of the IAEA’s Board of Governors.

The warning came after Iran dismissed the Agency’s latest report on its nuclear program.

“Those who regard the Board of Governors and the director general’s report as leverage and tools of political games against Iran are responsible for the consequences,” he added.

Iran has also reacted to Grossi’s visit to Israel ahead of the Board of Governors meeting, saying it was in contradiction with the Agency’s principles of observing impartiality and maintaining its technical and professional status.

Amirabdollahian stressed that the “unconstructive” move by the United States and its European allies to push for a resolution against Tehran will disrupt the process of negotiations aimed at the revival of the multilateral 2015 deal.

He noted that the parties obstructing the diplomatic path bear responsibility for the consequences of any potential resolution against Iran in the IAEA’s Board of Governors’ meeting.

The foreign minister said the countries that are pushing for adoption of an anti-Iranian resolution by the United Nations nuclear watchdog should also bear the repercussions of such a move.

“Those who push for anti-Iran resolution at IAEA will be responsible for all the consequences,” the top diplomat added.

He reiterated that Iran welcomes “a good, strong & lasting agreement,” believing that such agreement was within reach “if US/E3 are realistic.”