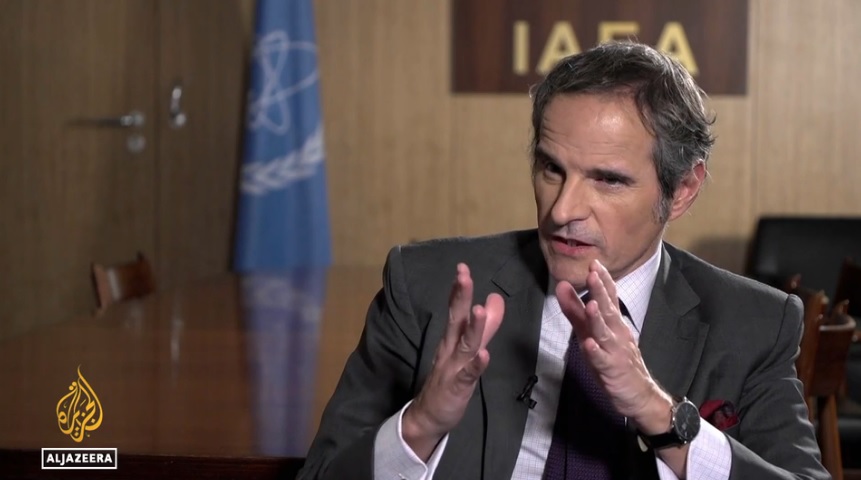 The director general of the International Atomic Energy Agency (IAEA) says Iran’s nuclear program has made significant progress, and the country is currently enriching uranium to the purity level of 60%.

“We need to assess the situation with Iran. The country’s nuclear program is very advanced and enrichment is being done at 60 percent purity,” Rafael Grossi stated in an interview with Qatari Al Jazeera television news network.

He added that the IAEA is seeking to reach an agreement with Iran in order to reinstall surveillance cameras at the Karaj nuclear facility in the west of the Iranian capital of Tehran.

“Lack of information about events at Karaj facility in Iran prevents us from providing information to negotiators in Vienna,” Grossi noted.

“Some issues, such as the presence of nuclear material in some undeclared locations, need explanations from Iran,” the IAEA chief pointed out.

The remarks came as envoys from Iran and the P4+1 group of countries — Britain, France, Russia, and China plus Germany — are engaged in the seventh round of talks in Vienna aimed at reviving the 2015 nuclear deal, official known as Joint Comprehensive Plan of Action (JCPOA).

The revival of the JCPOA would require the US to remove its anti-Iran sanctions three years after Washington walked out of the multilateral agreement and imposed more sanctions on Iran to kill the deal.

The new round of talks between Iran and the P4+1 group of countries resumed in the Austrian capital on Thursday after being paused on December 3, when the participants returned to their capitals for additional consultations on two draft proposals that Tehran had put forward. The talks started on November 29 after a hiatus in the negotiations due to the presidential election in Iran.

Almost eleven months after Joe Biden was sworn in as president, the United States still refuses to remove the sanctions, despite Biden’s pledge to undo the Iran policy of his predecessor, Donald Trump, and end his “failed maximum pressure” campaign.

Although the US withdrawal from the JCPOA and its sanctions, coupled with the three European parties’ submission to Washington’s illegal moves, prompted Iran to legally reduce its nuclear undertakings, the four countries have upped the ante in the talks, voicing concerns over its nuclear measures.

Iran’s foreign minister has underlined Iran’s resolve to reach a “good agreement” through the ongoing talks in Vienna, saying the Western sides have talked the talk in recent years but it is high time they walk the walk as well to secure a serious, good deal.

“We are all in Vienna to negotiate to reach a good agreement,” Hossein Amir-Abdollahian wrote in a post on his Instagram page on Thursday night.

“The Western parties need to know that in the last eight years, enough words and empty promises have been uttered, but today, it is time to act,” Amir-Abdollahian noted.