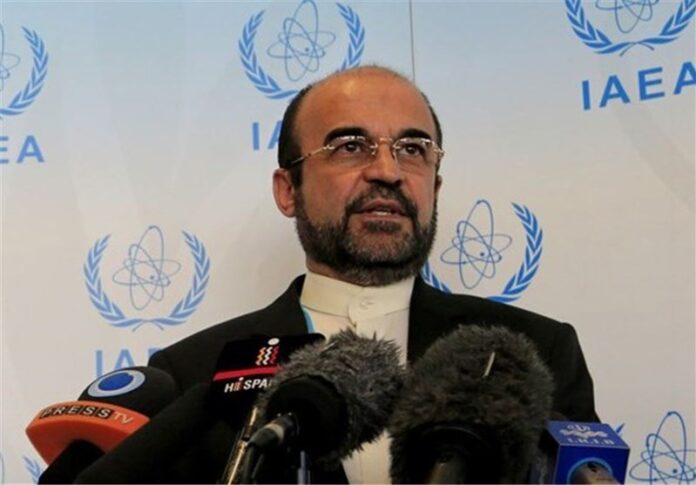 “The agency’s new report,  in contradiction to the US’ claims, once again proves that Iran’s nuclear activities are in direct compliance with the JCPOA,” said Reza Najafi on Tuesday.

Iran and the five permanent members of the United Nations Security Council – the United States, France, Britain, Russia and China – plus Germany signed the he Joint Comprehensive Plan of Action (JCPOA) on July 14, 2015 and started implementing it on January 16, 2016. Under the JCPOA, Iran put limits on its nuclear program in exchange for the removal of nuclear-related sanctions imposed against Tehran.

Earlier in the day, the IAEA once again verified that Iran remains in compliance with its commitments under the landmark nuclear agreement.

Najafi also stressed that Iran and other members of the IAEA expect the agency to continue with its impartial assessment of the agreement.

Despite eight reports by the IAEA confirm Tehran’s compliance, on October 13, US President Donald Trump delivered an anti-Iran speech in which he said he would not continue to certify Iran’s compliance with the terms of the JCPOA, reached under his predecessor, Barack Obama, and warned that he might ultimately terminate the agreement.

The US Congress now has less than 60 days to decide whether to reimpose economic sanctions on Tehran that were lifted under the nuclear accord.