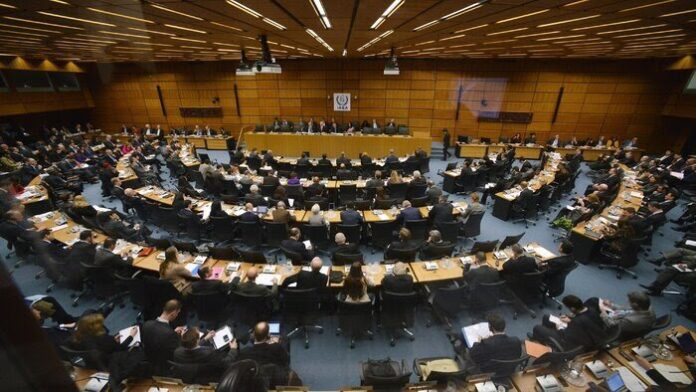 Iran has hailed the prudence and vigilance of the Board of Governors of the International Atomic Energy Agency (IAEA) for scrapping an anti-Iran censure resolution.

Iran’s permanent representative to international organizations in Vienna Kazem Gharibabadi made the comment while elaborating on the actions taken to stop the adoption of the anti-Iran resolution by the three European countries.

“With the three European countries beginning to present a US-backed resolution against Iran at the Board of Governors, different measures were put on the agenda [to stop the move],” he said.

“The moves included extensive consultations with members of the Board of Governors in Vienna and the capitals of member states, the [Iranian] foreign minister’s sending a letter to his opposite numbers in different member states of the Board of Governors, Iran explaining its stances to the IAEA and Board of Governors’ members in a briefing text, tapping into the potential of the Secretariat of the IAEA and the agency’s director general to strive to maintain cooperation and interaction [between Iran and the IAEA], making special coordination with Russia and China, which expressed their opposition to the resolution, and sending messages by the Iranian president, foreign minister, the head of the Atomic Energy Organization of Iran (AEOI) and the deputy foreign minister for political affairs,” he explained.

“In all these consultations, messages and correspondence, it is clearly announced that the adoption of the resolution would be seen [by Tehran] as a destructive move on the way of Iran-IAEA cooperation which, among other things, would inhibit the recent agreement between Iran and the IAEA,” he noted.

“Anyway, the Islamic Republic of Iran welcomes the prudence and vigilance of members of the Board of Governors and the IAEA director general to prevent unnecessary tension,” said Gharibabadi.
He also appreciated the stances adopted by Moscow and Beijing in that regard, urging the three European countries and the United States to take advantage of the existing diplomatic potential to fully and effectively return to their obligations under the JCPOA and UN Security Council Resolution 2231 as Iran will respond to such a move with a goodwill gesture.

He also touched upon the IAEA chief’s announcement that a technical team from the agency would travel to Iran in early April.

“Such interactions between Iran and the agency is nothing new, and no new agreements or arrangements have been planned,” he said.

“The two sides have been working and interacting for quite some time to settle some issues pertaining to the Safeguards Agreement, and they have held several technical meetings over the past two years,” he said.

“The forthcoming meeting is in line with the same ongoing trend and is not at the level of the IAEA director general,” he said.

“Any engagement with the agency on Safeguards Agreement issues is aimed at resolving them as soon as possible, and we, too, have emphasized the necessity of goodwill and of the IAEA avoiding any politically-tainted move in this process,” he said.