IAEA access to non-nuclear sites to be based on Additional Protocol: Araqchi 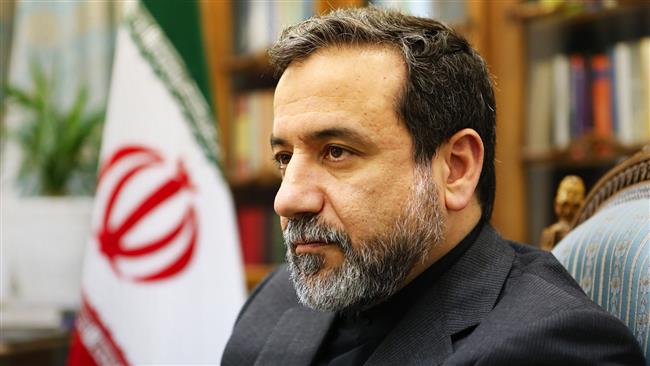 A senior Iranian nuclear negotiator says the International Atomic Energy Agency’s (IAEA) inspections of Iran's non-nuclear sites would merely be within the framework of the Additional Protocol to the Nuclear Non-Proliferation Treaty (NPT), should the Islamic Republic approve to implement it.

In a Thursday interview with Press TV, Abbas Araqchi, the Iranian deputy foreign minister for legal and international affairs, said he had held talks with IAEA Secretary-General Yukiya Amano over the agency’s future inspections of Iran’s non-nuclear sites as part of the Additional Protocol that Iran could undertake to implement under a final deal over its nuclear program.

The possible inspections of Iran’s non-nuclear sites would not go beyond the framework of the Additional Protocol, said Araqchi, adding that more than 120 countries all over the world only allow such access.

He added that Iran could allow access to its non-nuclear sites under “special conditions,” and such “coordinated” inspections would be aimed at environmental sampling.

“Since we have negotiations with P5+1 countries and we are close to an agreement and the role of the agency would be very crucial in the agreement to verify the nuclear measures we have undertaken, so we are in direct, regular contact with Mr. Amano and his team to make sure that everything would go smoothly after the deal,” he pointed out.

Araqchi stated that the deputy-level talks between the representatives of Tehran and the six world powers will also continue next week, while differences still remain between the two sides.

“We do think that we need more time in order to reduce the differences as much as possible and just leave a few important ones for the ministers to decide,” he said.

Iran and the P5+1 countries – Russia, China, France, Britain, the US and Germany — are seeking to finalize a comprehensive deal on Tehran’s nuclear program by the end of June. The two sides reached a mutual understanding in Lausanne, Switzerland, on April 2.