I Won’t Exchange My Instrument for Entire France: Iranian Musician 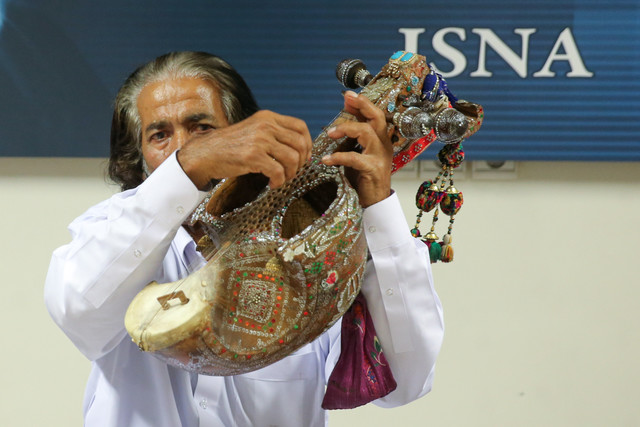 Pahlevan Zangshahi, a veteran Iranian musician, says he has refused a tempting offer by France to give up his ancient musical instrument Qeychak.

Pahlevan Rasoul Bakhsh Zangshahi is a veteran musician from Sistan and Baluchestan province, south-eastern Iran, who was praised during the 32nd International Fajr Music Festival.

According to a Farsi report by ISNA, he has two Qeychaks – an ancient Iranian musical instrument commonly used in Balochi music of that region. He inherited one of these instruments from his paternal grandfather.

“I have been playing Qeychak since I was 14. My father taught me how to play it,” he said, adding he has played the instrument for 61 years.

“I travelled to France in 1995 to give a performance. They offered me some $30,000 for the instrument; I replied ‘I won’t sell it even if you offer me the entire France!’” 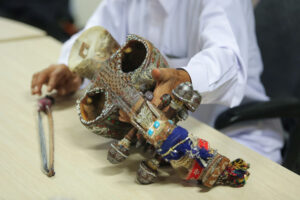 He referred to his French students, and said, “I gave performances in France, Sweden, Belgium, Germany, Switzerland and Italy. The University of Paris awarded me an honorary doctorate. They even asked me to immigrate to France with my family,” he added.

“I didn’t accept, though, as nowhere replaces Iran for me. There are cultural differences between us and other nations.”

“Young people today don’t know the Balochi music [local music of Baluchestan],” he added. “They are interested in western instruments. They prefer whatever is newer.”

“Many clans live in Sistan and Baluchestan. Two or three of every 20 clans play instruments on a hereditary basis, so there is no space for the members of other tribes to learn it,” said Hatam Balouchzehi, a friend of Zangshahi.

“Master Zangshahi is the oldest musician of his clan. The people who know Zangshahi invite him to teach them music in their homes.” 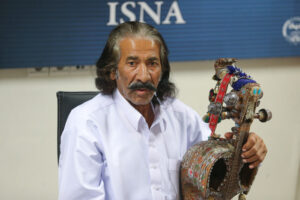 “The Balochi music was very common among some clans. People gathered around and wanted the musicians to perform songs. It was a way to be joyful. The musicians were also employed to perform in weddings. In fact, they made a living out of music.”

“Master Zangshahi was always accompanied by his singer. After the singer’s death, however, no one paid anymore for his music without vocals.”

“Master Zangshahi has not worked since seven years ago because of diabetes. I perform a fusion of Iranian classical and pop music myself,” said Nadim Zangshahi, his son.

“Once we travelled to Tehran to perform our songs in Persian, Balochi and Zaboli languages. It was air on state TV.” 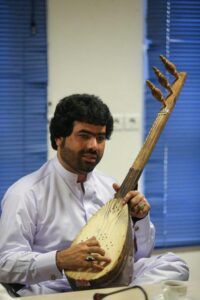 Nadim said that Pahlevan has three wives and 22 children. “Among them, I and Soheyl, my brother, play music. I am 30, and started to learn Balochi music from my father when I was 10,” he added. “Soheyl is 11, and has played Qeychak since he was 8.”

He announced that his father is going to give a performance in Sweden. “And we are hopeful about Soheyl’s future, too; he has been invited to perform in Dubai, as there are a lot of Balochi music fans there.”