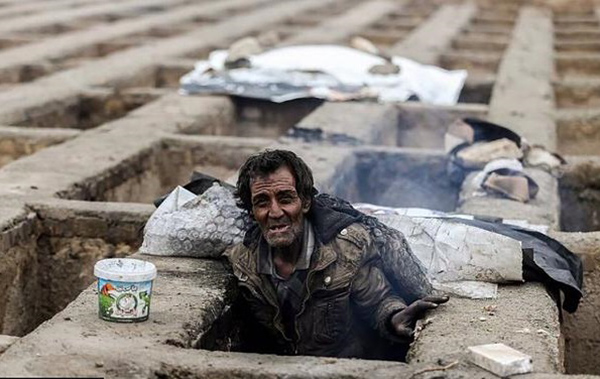 A recent news report about dozens of homeless drug users living inside graves in a cemetery near Tehran received numerous reactions by Iranian people and celebrities, including the Oscar-winning filmmaker Asghar Farhadi who wrote an open letter to President in reaction to the report.

According to a report by IFP, Shahrvand newspaper on Tuesday, December 27, published an article about the life of homeless people who have to sleep in prefabricated graves in a cemetery near the Iranian capital at the freezing nights of winter. 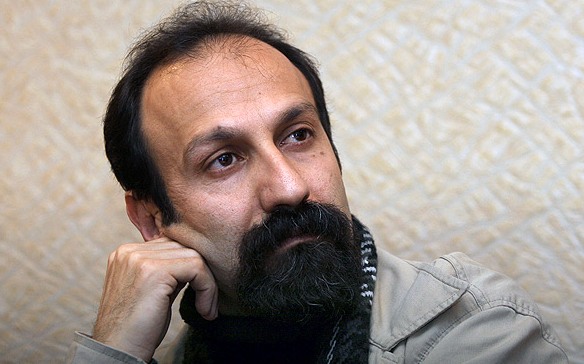 “Today, I read this moving report about the living conditions of the men, women and children who sleep in prefabricated graves in one of the cemeteries in the outskirts of Tehran to brave the freezing nights of winter. Now, I am overwhelmed by shame and have a lump in my throat. Through this very letter, I would like to share with all those who have held positions over these thirty some years [after 1979 Revolution], this feeling of embarrassment and shame.

I know certain pseudo-politicians will exploit such reports for fanning the flames of their abrasive political wishes in the upcoming election campaigns, but these flames would do no warming for the feeble bodies of the children, women and men who lie in the graves or in parks or beneath city bridges these nights.

According to this report, the name of one of these men is Arman (which literally means Ideal). He is one of those who endure the penetrating cold of winter nights in Tehran graveyards. As the report said, these people are living the death! I cannot forget Arman, a forgotten ideal found in graves. Shame on us!

There have been rulers throughout history who would disguise themselves in plain clothes to walk in the society without being surrounded by their toady entourage to directly see and feel people’s pains. I propose that today’s officials may do the same in order to make some changes in a history that would leave the future generations stunned to read. Visits can be made to remote villages and cities. If not possible, to adjacent areas, outskirts of Tehran; so that they [the officials] will see brushed faces of the destitute who have spent their lives in this country. If even that is not practical, they can visit emergency centers in the city in plain clothes and secretly get on an ambulance which is supposed to carry a patient to a hospital to see how the following cars heinously compete with each other in heavy traffic to follow the ambulance so they would get to their destinations sooner!

This is just one bitter, simple but recurring incident in our lives. Who is responsible for such covert cruelties? How come and when exactly did we become like this? We have become people that have forgotten how to love each other; and our daily violence, either overt or covert, has become a tool for us to seek only our own interests in the society. We are a bunch of people who deal with lies as a life skill and teach it to our children.

We are just the forgetful viewers and hearers of pains. Who would now speak about the father who hanged himself from a bridge in Tehran’s Mirdamad St. and had this letter found in his pocket which wrote: “I did this because I could not afford treatment of my eyes”? Even the very few that speak about such things are criticized by others who say they are mere “black-washers”. They use this term as a way to shirk their responsibilities, or what they call the “blacks”. 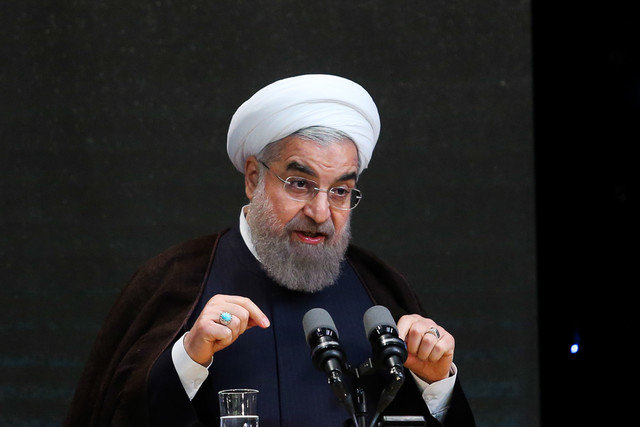 In reaction to Farhadi’s letter, Iranian President Hassan Rouhani said on Wednesday, “I read a letter by an acclaimed artist which was pretty painful.”

“I had already heard there are homeless people who sleep on cardboards or under bridges, but graves! Not heard much of that before.”

He said the artist had said he felt this lump in his throat after learning about this issue, which is not tolerable neither by the administration nor the nation.

“We all must unite to resolve such issues and stop partisan tug-of-wars and instead, be focused on the country’s main issues,” the Iranian president said.

Meanwhile, certain media outlets have been taking advantage of the issue to achieve their anti-Iran objectives. The news website Arabi21 was one of those which covered the report in a way to suggest extreme poverty in Iran. It did not at all mention that these people were a bunch of junkies.

Such cases are not unusual in other countries. In 2012, Daily Mail reported that homeless drug users in Cambridge, England, were seen pushing the stones off the top of tombs and using them as beds for the night.

Horrified passers-by spotted the disrespectful squatters sitting in the graves in Mill Road Cemetery, Cambridge, while injecting themselves and drinking.

There are numerous similar cases in other countries as well, with the number of such people exceeding thousands and even millions.

However, such issues should be dealt with at any level, and the widespread reactions in Iran indicate that people have become sensitive, at least thanks to the smart name “Grave-Sleepers” coined in this case and turned to a hashtag in social media.