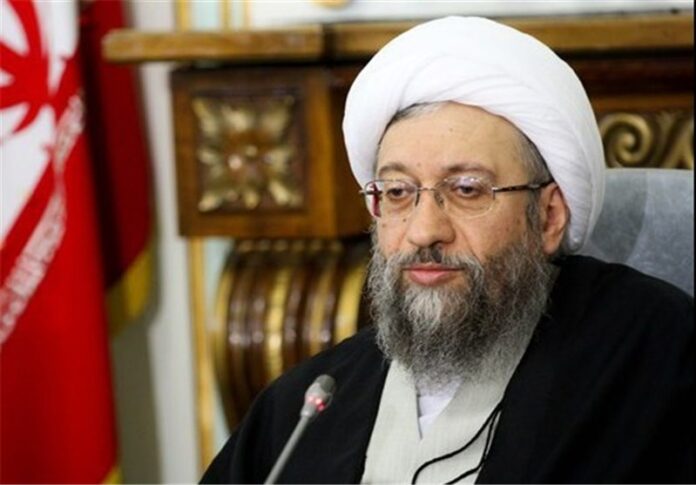 Iranian Judiciary Chief Ayatollah Sadeq Amoli Larijani on Tuesday called for massive participation of Iranians in the upcoming parliamentary and Assembly of Experts polls due to be held later this month, saying a high turnout would guarantee the Islamic Establishment.

“The significance of the (Iranian) Establishment hinges on people’s presence and their votes,” Ayatollah Amoli Larijani said, after paying tribute to the late founder of the Islamic Republic Imam Khomeini here in Tehran.

People’s presence in political scenes such as elections has always guaranteed the Islamic Revolution, he noted, adding that the enemies are disappointed by such participation.

A high turnout will make the enemies abandon their plots for aggression and domination, the Iranian judiciary chief went on to say.

Addressing the Iranian Air Force and Air Defense commanders and personnel in Tehran, Ayatollah Khamenei described elections as “revitalization of the nation and a new pledge of allegiance to the goals of the Revolution.”

Massive turnout in the polls will give more dignity to the country and the Establishment and safeguard them, Imam Khamenei underlined.  “Hence, it is everyone’s duty to cast their ballots.”