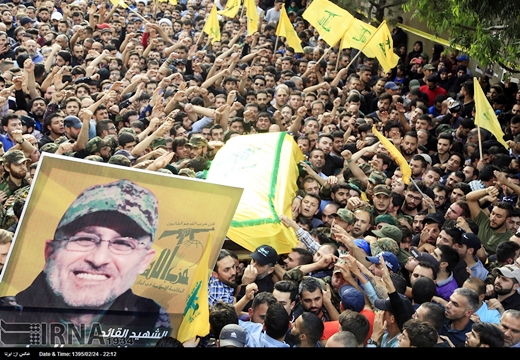 According to a report by Asharq Al-Awsat, as covered by ISNA, well-informed Lebanese sources said that Mughniyeh is the son of Badreddine’s sister who was married to Hezbollah’s previous military chief, Imad Mughniyeh.

The source said that Mustafa was given the same name as his uncle because he was born when Badreddine was serving a jail term in Kuwait.

Mustafa Mughniyeh is a mysterious personality who has never appeared in the media based on a decision by the party to give him high-ranking posts, the sources said.

Unlike his brother Jihad, who on many occasions had appeared behind Hezbollah Secretary-General Sayyed Hassan Nasrallah, Mustafa has stayed away from the media glare.

He even steered clear of the media when his brother Jihad was killed in an Israeli raid in the Syrian region of Quneitra last year.

Israeli intelligence analyst Ronen Solomon says that Mustafa Mughniyeh is not known to have any photos. His photo wasn’t even taken when he was born in Tehran in 1987.

Mustafa became close to his uncle after his father’s death in a 2008 car bombing in Damascus.

“He has participated in several missions with the security agencies that fall under Badreddine’s command and held several security posts for top party figures,” said Solomon.