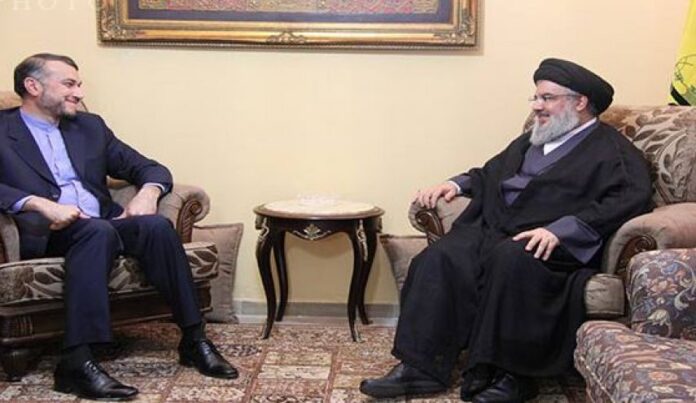 Hezbollah Secretary General Seyyed Hassan Nasrallah has expressed gratitude to Leader of the Islamic Revolution Ayatollah Seyyed Ali Khamenei for his aptitude in preventing the region to degenerate into instability.

Speaking in a meeting with the visiting Hossein Amir Abollahian, special aide to Iran’s parliament speaker, in Beirut, Nasrallah said, “As the Leader has said, America is not able to impose war on Iran.”

He added, “The White House knows that if a war breaks out with Iran, the entire region will be engaged, and it will not be America which would bring about the end [to that war].”

Speaking about Palestine, the Hezbollah leader said resistance is the only powerful way to counter the crimes of Zionists.

Regarding the American-proposed “deal of century”, Nasrallah said, “We have no problem with the Jews. But the Zionists are the root cause of corruption and insecurity in the region. The Jews should not fall in for the expansionist Zionist policies.”