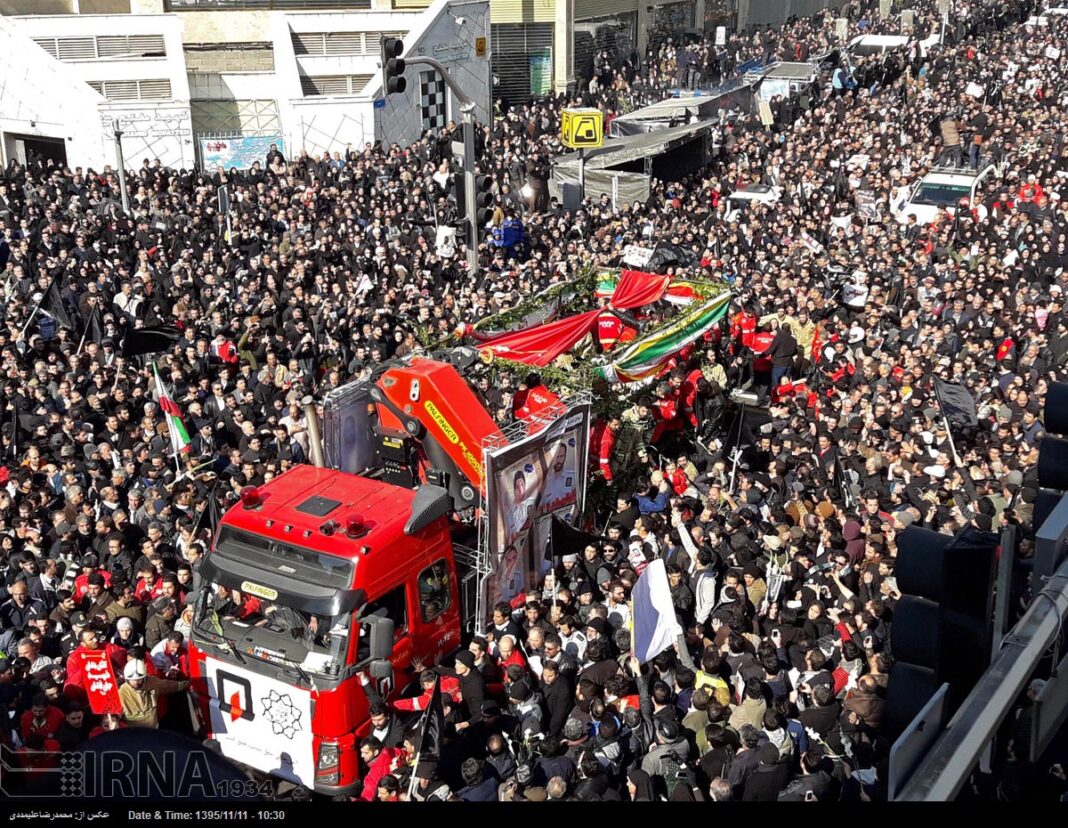 A funeral ceremony for 16 Iranian firefighters, who lost their lives battling a massive blaze that recently ruined a high-rise in downtown Tehran, was held in the capital city’s Grand Mosalla on Monday. The self-less firemen were later laid to rest as thousands escorted them to the cemetery.

Thousands of people congregated at the Grand Musalla (prayer hall) of Tehran on Monday morning to attend the funeral of the firefighters killed in the Plasco Building collapse.

A host of senior Iranian officials, firefighters, rescue squads and ordinary people attended the funeral service to pay tribute to the 16 firemen who lost their lives in the tragic incident.

One of the martyrs was pronounced dead in the hospital after the incident, while 15 other bodies were retrieved from rubble of the building during a week-long operation.

The Plasco building in downtown Tehran caught fire on January 19 morning and came down after four hours, blockading a number of people under smoldering debris, Tasnim reported.

In a message on Sunday, Leader of the Islamic Revolution Ayatollah Seyyed Ali Khamenei eulogized the glorious and heart-wrenching sacrifice of faithful and devoted firefighters who were involved in putting out the fire before and after the collapse of Plasco Building.

Here are photos of the funeral service released by various news agencies: