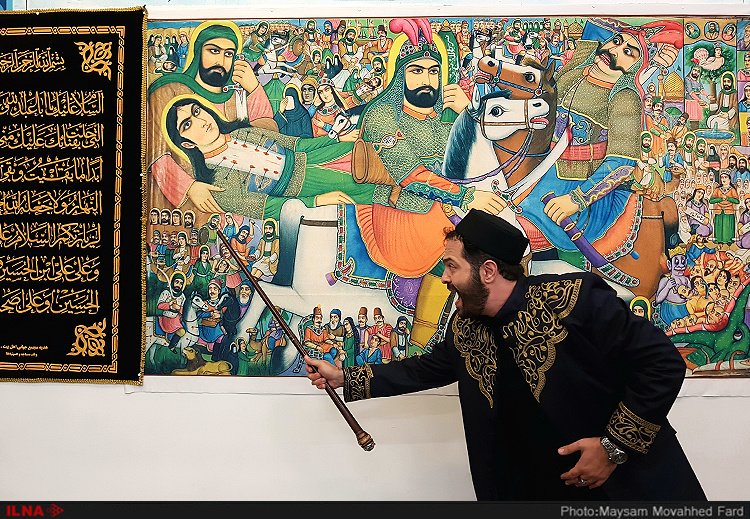 The Finnish capital of Helsinki recently hosted an art exhibition with the main theme of mourning for the martyrdom anniversary of Imam Hussein, the third Shiite Imam.

The exhibition covered photos from Arba’een march, a Shiite religious march that takes place forty days after the Day of Ashura, to other related art creations. There was also a workshop of calligraphy and calligram of quotes by Imam Hussein for the interested visitors.

Meysam Movahed-Fard, the Head of Ferdowsi Foundation who was among the organizers of the event, said Helsinki’s Ahl al-Bayt Islamic Centre, the only Shiite hub in Finland, invited the foundation to hold the exhibition.

“In addition to holding a religious theatre on the tragedy of Ashura (the martyrdom anniversary of Imam Hussein), we decided to hold an art exhibition of Arba’een march and other related art creations to display the main theme of the historical event to the whole world,” he said.

He went on to say that the Islamic Centre also played host to people from various nationalities including Iraq, Afghanistan, Iran, Lebanon, Ghana and Pakistan.

Most Shiite Muslims, as well as some Sunnis, mark Ashura as the climax of the commemoration of Muharram and the martyrdom of Imam Hussein at the Battle of Karbala on October 10, 680 CE.

What follows are ILNA’s photos of the art exhibition held in Helsinki: