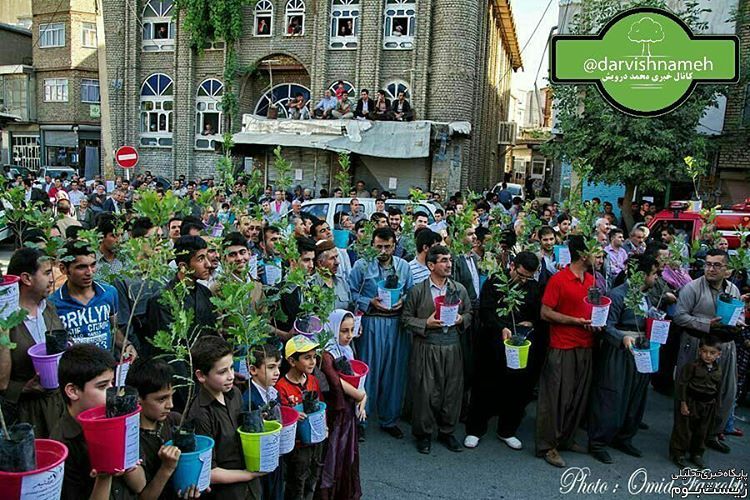 People in the city of Sardasht in northwestern Iran voiced their protest at the destruction of oak forests by carrying flower pots.

According to a Farsi report by the Iranian Department of Environment (DoE), while demonstrations are reminder of blood and fire just some kilometres away from Sardasht, people in this Kurdish-majority border town chose a peaceful way to show their protest.

They held flower pots in their hands to protest against the destruction of oak habitats in Zagros Mountains, which has led to the death of more than 18 million trees.

Mohammad Darwish, the DoE’s Director of Education and Public Participation, appreciated this refined move, describing it as “the greenest protest at the destruction of green fields”.

“This is an example for all Iranian environmental activists,” he wrote in his Telegram channel.

“Light a lamp instead of cursing the darkness. I praise my Kurd compatriots who teach us magnanimity, morality and the real love of environment through their actions.”

Darwish criticized Iranian media for not covering such activities inside Iran.

“This face of Iran has been rarely shown to the world. But we don’t pay enough attention to them inside Iran, neither, among all the depressing news. Even the biggest Iranian news agencies said nothing about this environmental activity.”

Sardasht is a mountainous town near Iran’s frontier with Iraq. It was attacked by chemical weapons during Iran-Iraq war, and some of its inhabitants still suffer from the grave effects of mustard gas.