Gov’t preparations for JCPOA implementation not against law: Spokesman 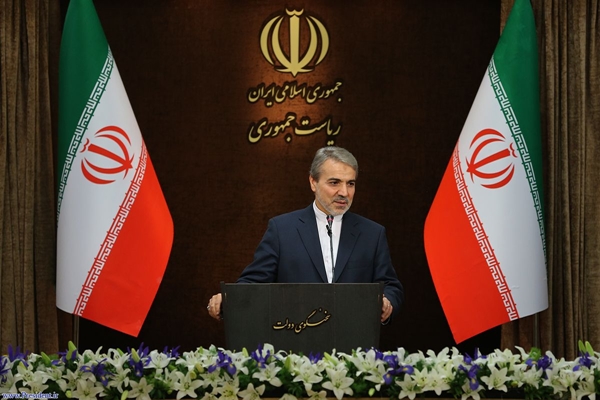 The government doesn’t want to squander time; sanctions need to be swiftly lifted and that shouldn’t be delayed, Nobakht said.

With a special parliamentary committee still reviewing the Joint Comprehensive Plan of Action (JCPOA) and the final decision not yet made to be presented on parliament floor, Iran has started honoring the commitments envisioned in the agreement it signed with six world powers on July 14.

A few days ago, Kayhan, a conservative daily, reacted to what it called implementation of the Vienna nuclear deal before parliament’s JCPOA Review Committee gave it the go-ahead, and signaled the dissatisfaction of the opponents of the accord by publishing “Unlawful Overtaking of the Government in the Implementation of JCPOA” as a banner headline.

The article wondered whether the Rouhani government violated the national law when it accepted to meet international commitments envisioned in JCPOA before it was approved in parliament.

Government Spokesman Mohammad Bagher Nobakht has now weighed in on the matter. The following is the translation of what Khabaronline quoted the spokesman as saying in an interview:

Nobakht went on to say, “Based on that, Secretary of the Supreme National Security Council Ali Shamkhani said ‘We have started the implementation of JCPOA and we won’t renege on it.’ Now, the stage is set for the implementation. Thus, government efforts to facilitate it do not run counter to law of the land. The government is in fact moving in the direction of compliance with the laws.”

The spokesman added, “We don’t want to squander time. Sanctions need to be swiftly lifted and that shouldn’t be delayed. Government efforts to pave the way for the implementation of the deal and have the sanctions removed even one day sooner are a duty approved of by the Supreme Leader.”

He concluded, “Parliament fulfills its own duties and government measures won’t disrupt the parliamentary process [of reviewing the deal]. The government believes it has done nothing against the law.”