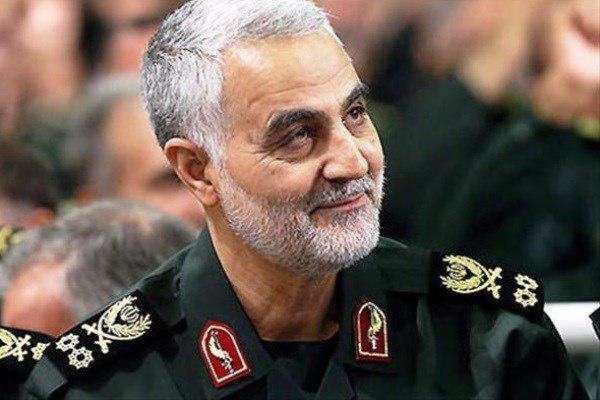 IRGC Quds Force Commander Major General Qassem Soleimani has thanked Iranian President Hassan Rouhani for his recent remarks on the US’ bid to cut Iran's oil exports as well as his comments on the Zionist regime of Israel.

In a letter to Rouhani on Wednesday, General Soleimani said it was a source of pride and honour to read his comment that if Iran’s oil is not allowed to be exported through the Persian Gulf, then there will be no guarantee that other countries in the region would be able to export theirs.

“This is the Dr Rouhani that we knew and still know, and the one who should be. You made our dear Leader, the great nation of the Islamic Iran, and the world’s Muslims proud by making such valuable and strong statements,” he added.

“I kiss your hands for making such timely, wise, and correct remarks and express our preparedness to implement any policy that serves the Islamic Republic’s interests,” he concluded.

General Soleimani’s comments came after Rouhani appeared on Tuesday to threaten to disrupt oil shipments from neighbouring countries if Washington presses ahead with its goal of forcing all countries to stop buying Iranian oil.

“The Americans have claimed they want to completely stop Iran’s oil exports. They don’t understand the meaning of this statement, because it is nonsense that Iran’s oil is not [allowed to be] exported, while the region’s oil is exported,” the Iranian president’s official website quoted him as saying.

When asked at a news conference in Bern later on Tuesday whether those comments constituted a threat to interfere with the shipping of neighbouring countries, Rouhani said, “Assuming that Iran could become the only oil producer unable to export its oil is a wrong assumption … The United States will never be able to cut Iran’s oil revenues.”

In his Tuesday speech in Bern, Rouhani also reacted to his Swiss counterpart’s remarks on the recognition of the Zionist regime and underlined that Iran views the Israeli regime as illegitimate and condemns its aggressive policies in the region.