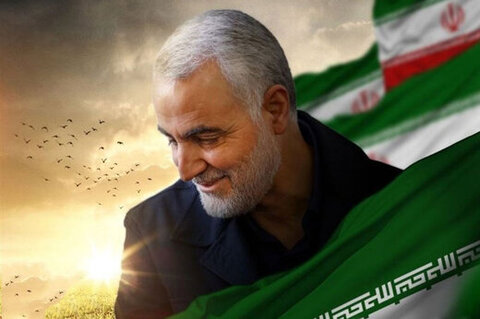 Mahmoud Vaezi, the chief of staff of the Iranian president’s Office, says Lieutenant General Qassem Soleimani is a national hero on a par with the heroic myths of Persia.

Vaezi said General Soleimani had dedicated himself to the people and Establishment of Iran.

“He was a moderate in the true sense of the word because he never restricted himself to political factions,” said Vaezi.

“He does not belong to the people of Iran only; rather, he is an extremely popular figure among Muslims and nations around the world,” he added.

“The anniversary of his cowardly assassination is an ideal opportunity to review some of the features which has elevated him to such a lofty status,” he explained.

“General Soleimani was a man who was present in the field. … He was also very brave, and today no one, even his enemies, has any doubts about it,” he added.

“This bravery, which emanated from his faith, trust in God and purified soul, was the most striking feature which distinguished his method of commanding with that of others,” Vaezi added.
“His regular presence in the most dangerous battlefields and in the front line …. boosted the morale of friendly troops and struck fear in to the hearts of enemies,” he said.

Vaezi noted general Soleimani’s success in overcoming terrorists in Iraq and Syria was an achievement that few people thought he would be able to do.

“What was happening on the ground in the region was not simply a number of small terrorist groups gaining power in limited areas in some countries; rather, Takfiri terrorism was the result of wicked alliance between some reactionary governments in the region and certain evil players beyond the region,” he said.

Vaezi underlined that general Soleimani’s campaign against these terrorists was and “unequal battle” because they received huge logistic support as well as equipment and manpower from their sponsors.

He also said the millions-strong funeral ceremony held for general Soleimani in cities in Iraq and Iran was the manifestation of unity and rapport among people, which the top general always liked to see when he was alive.