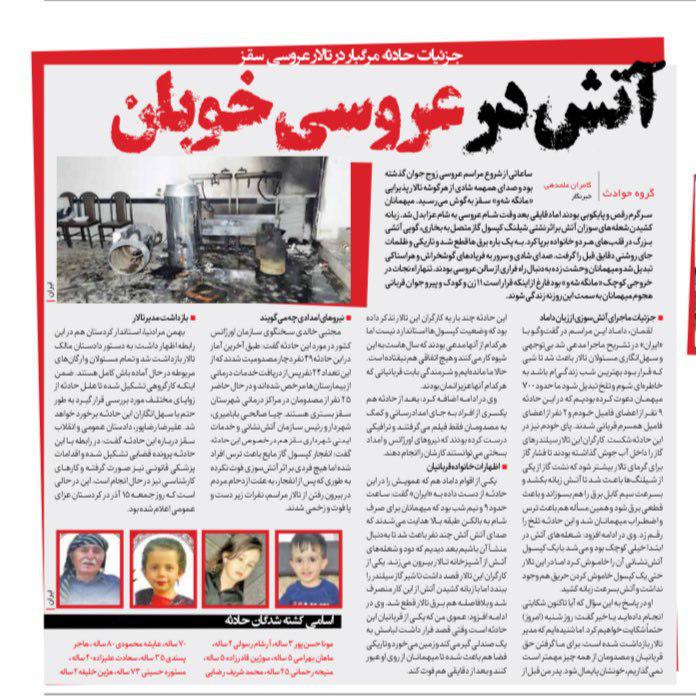 Eleven people were killed and more than 40 others were injured in a gas explosion at a wedding hall in Iran’s western province of Kurdistan on Thursday night.

In remarks late on Thursday, the spokesman for Iran’s emergency medical services, Mojtaba Khaledi,  said the deadly explosion of a gas heater at a wedding hall in the western city of Saqqez in Kurdistan occurred at 21:30 (local time) on Thursday.

Immediately after the incident was reported, eleven ambulances were dispatched to the scene, the official added.

“Unfortunately, 11 people lost their lives and 42 others were injured,” Khaledi said, adding that the wounded were taken to the nearest medical centers after receiving prehospital care from emergency specialists.

The governor-general of the Kurdistan Province, Bahman Moradnia, declared a day of public mourning following the “painful incident”.

“The Thursday night’s painful incident in Saqqez that left a number of our beloved compatriots in the province dead and wounded is undoubtedly one of the most bitter incidents in recent years,” he noted.