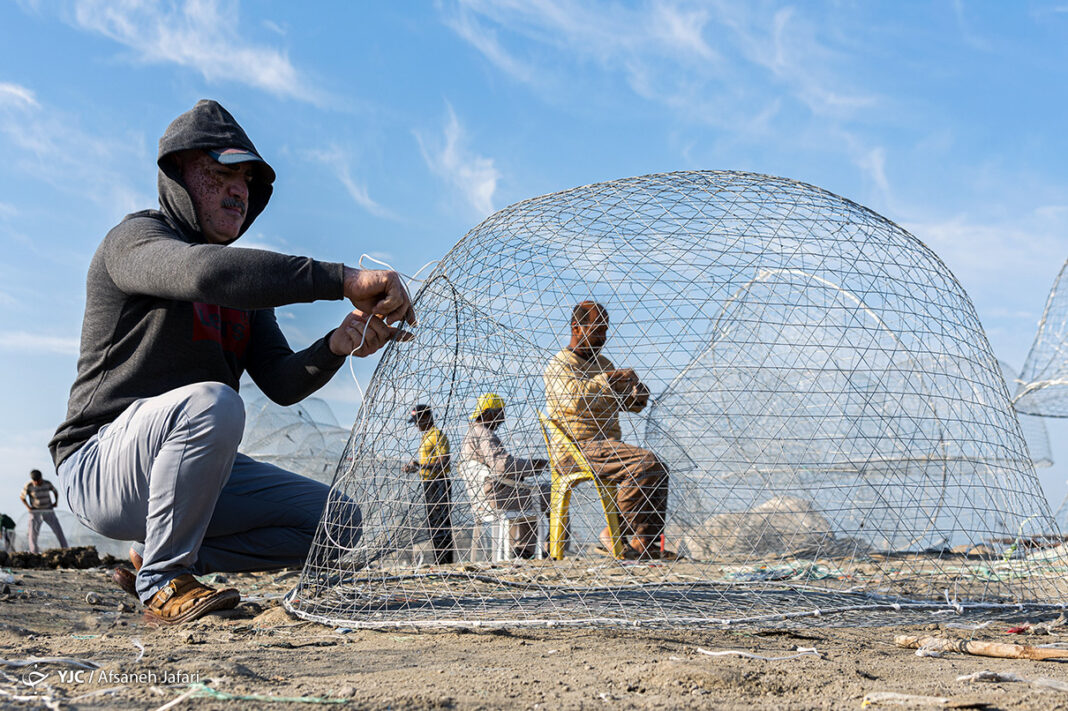 Gargoor-weaving is one of the popular handicrafts in Bushehr province in southern Iran, as most of the people in the coastal region make ends meet by catching fish.

Gargoors are basket traps used to catch fish. Craftspeople carefully and patiently weave metal wire into a basket-shaped cage which is used as a fishing trap.

Recently, larger gargoors have been made with metal bars covered with a net in order to catch bigger fish.

Gargoors are dome-shaped cages used to catch marine animals. The door of the gargoor functions as a one-way funnel. Fish are unable to get out of the trap after entering it, and that is how they are entrapped.

In the past, gargoors used to be made with branches of the palm tree and tamarisk. After metal wire hit the market, the use of wood and palm tree branches to make gargoors gradually died out.

The following are pictures of gargoor-weaving courtesy of the Young Journalists’ Club (YJC).