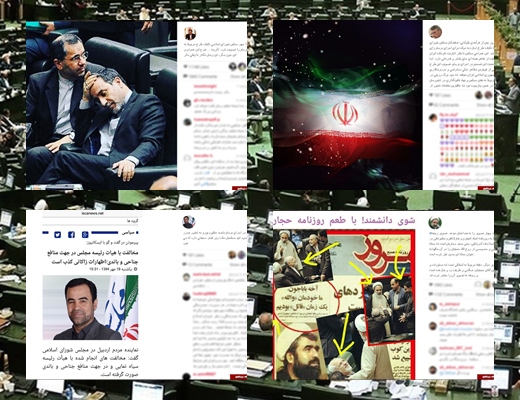 Iranian officials have gone to their Instagram pages to post their reactions to the adoption of the general outlines of the JCPOA implementation bill in a turbulent parliament session.

The Islamic Consultative Assembly on Sunday approved the general outlines of the bill on the implementation of the Joint Comprehensive Plan of Action (JCPOA) in a noisy session which was rife with shouts, critical comments and even death threats.

The boisterous session drew reactions from Iranian officials. Instagram pages of some political figures were full of images and posts for or against what happened in parliament on October 11. The Young Journalists Club on Monday published a report on Instagram reactions by certain politicians to the approval of the JCPOA bill in parliament. The following is the translation of part of the report:

Today (October 11) the Islamic Consultative Assembly ratified the general outlines of the bill which authorized the implementation of the Joint Comprehensive Plan of Action. Although … talk about the painful experience we had to get it done should be left for some other time. 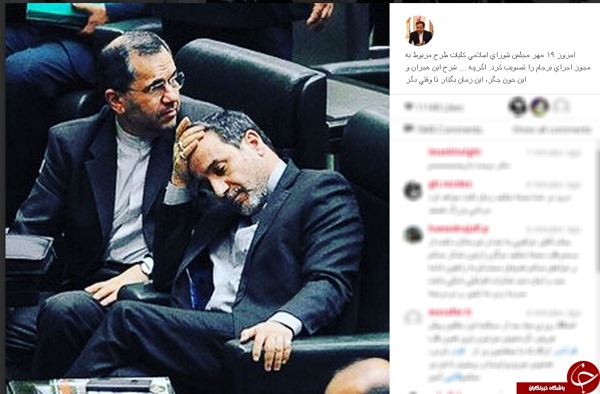 Today the Iranian MPs voted for the general outlines of the JCPOA implementation bill after a prolonged process. Parliament’s harmony with the view of the majority of the Iranian people in supporting the nuclear deal is praiseworthy. Furthermore, the passage of the bill is one of the strongest manifestations of religious democracy in the Islamic Republic of Iran and is yet another golden page in parliament’s history and the role the legislative body plays in the country.

That’s why the country’s senior officials have highlighted the need for parliament to play an effective role in reviewing JCPOA, with the Supreme Leader refusing to speak his mind only to let the chamber review the bill freely.

The opposing MPs too tapped into all they had to object to the bill and its passage. […] But today thanks to tactful and patient management of Mr. Larijani and active participation of MPs – who spoke for and against – parliament debated and ratified, in a free atmosphere, the bill put forward by the National Security and Foreign Policy Committee.

I congratulate the Islamic Consultative Assembly for going through the democratic process. No doubt, this key experience – which is a big asset to the country’s legislative system – will be etched in the minds of the Iranian people. This experience will greatly help solve the country’s problems. 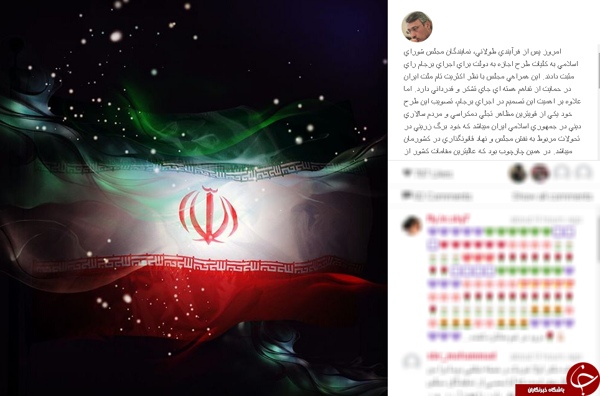 Lahijan MP Abuzar Nadimi told reporters, “Hosseinian sometimes uses such humor in his talks with fellow MPs. I talked with Mr. Hosseinian and he said he used those words [burying with cement] when talking with Mr. Salehi jokingly but he [Salehi] took it too seriously. This comes as Mr. Majid Ansari [the vice-president for parliamentary affairs] has said in an interview that Zarif and Salehi have been threatened with execution! In a similar interview, MP Kamaleddin Pirmoazen has identified himself as the bodyguard of Salehi on parliament floor.

[…]  Today Mr. Salehi identified himself a scientist at parliament’s podium. Given the bitter end of the nuclear industry under JCPOA which is what Mr. Salehi has produced, I think history will doubt his being a nuclear scientist, but thanks to the show performed in parliament, we can certainly characterize him as the top student of a class taught by [Saeed] Hajjarian [a reformist political strategist]. 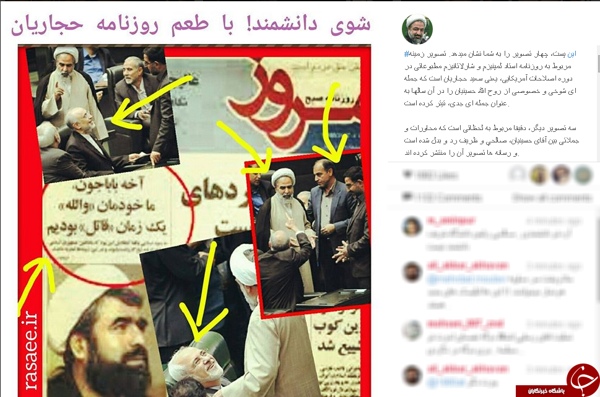 Every single day delay in the implementation of the Joint Comprehensive Plan of Action inflicts €100 million in losses on the country. MPs, Come to your senses! The nation is being crushed under the burden of its financial problems. 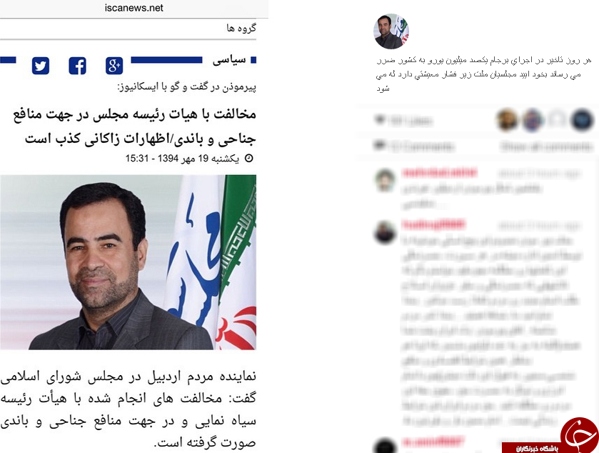