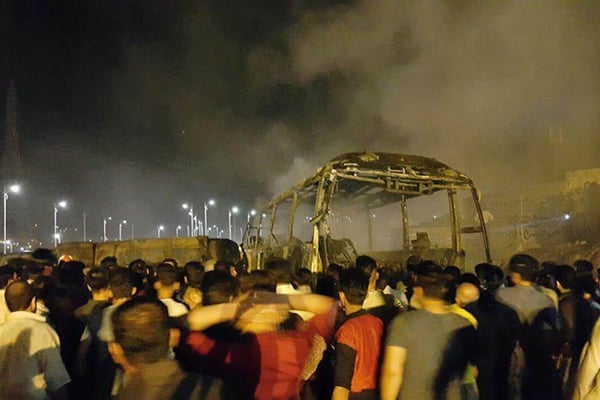 At least 13 people were killed and several others wounded in a tragic accident between a fuel tanker and a passenger bus in the Western Iranian city of Sanandaj early Wednesday.

The fuel tanker crashed with the Tehran-bound passenger bus, creating a huge explosion near the bus terminal of Sanandaj in western province of Kurdistan.

When the bus pulled over to take in more passengers, the fuel tanker carrying naphta fuel struck it from behind, causing a huge explosion that burnt not only the bus and the truck, but also three other vehicles in the vicinity.

An official with the fire department of Sanandaj said 13 people have been killed in the crash, including 12 bus passengers and the truck driver.

He said 18,000 litres of fuel burnt in the incident, Tasnim reported.

The governor of Kurdistan Province has declared three days of public mourning, urging an immediate and detailed report on the cause of the incident.