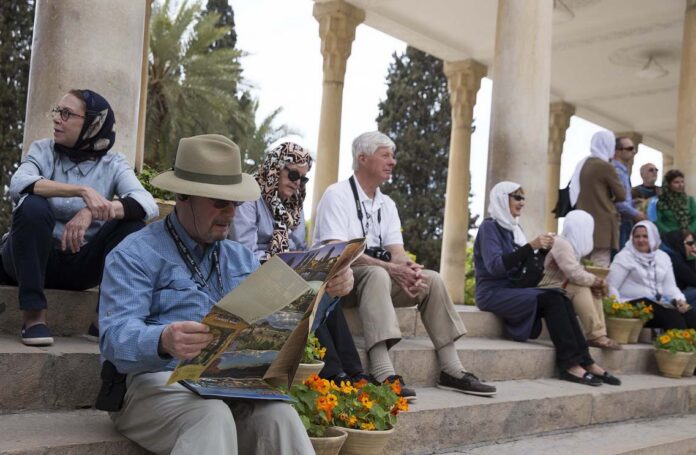 After the nuclear deal between Iran and world powers, the number of foreign visitors to Fars province in southern Iran has been more than twice as many as before, with the French at the top.

Mosayyeb Amiri, the General Manager of Iran’s Cultural Heritage, Handicrafts and Tourism Organization (ICHHTO) office in Fars province, announced that the number of foreign visitors to Fars has increased by 221% after the nuclear deal.

According to a Farsi report by Mehr, he noted, “The countries which have sent the highest number of tourists to Fars respectively include France, Germany, Italy, China and Spain.”

Based on official statistics, Fars has been visited by 348,966 foreign tourist between March 2016 and January 2017.

“The Tomb of Hafez complex has been the most visited historical site by domestic and international tourists, with an overall number of 1,132,026 visits,” Amiri added.

He went on to say that the high quality hotels and the domestic and international flights of Shiraz Airport contribute to the attraction of more tourists.

With around 3,500 nationally registered monuments, some of them registered in the UNESO including Pasargadae, Persepolis, and Eram Garden, Fars province is an important hub of historical tourism in Iran which attracts a large number of international tourists every year.