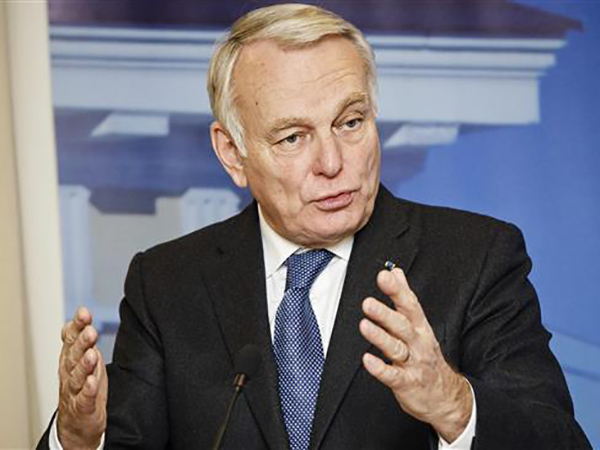 French Foreign Minister Jean-Marc Ayrault will pay an official visit to Iran later this month to attend an economic meeting in Tehran.

The French foreign minister will arrive in Tehran late in January to participate in a session of Iran-France joint economic commission, which is slated to be held with the participation of the two countries’ officials.

Iran and France will reportedly hold the economic session after some 17 years.

Former French Foreign Minister Laurent Fabius paid a day-long visit to Tehran in late July at the invitation of his Iranian counterpart Mohammad Javad Zarif. He held talks with senior Iranian officials, including President Hassan Rouhani, Zarif, Minister of Petroleum Bijan Zangeneh and Head of the Department of the Environment, Massoumeh Ebtekar.

Fabius’ visit to Iran, the first by a French foreign minister to the Islamic Republic in 12 years, came few months after Iran and the five permanent members of the United Nations Security Council – the United States, France, Britain, Russia and China – plus Germany started implementing the nuclear agreement they signed last year.

Iran and the P5+1 group of countries signed the nuclear deal, known as the Joint Comprehensive Plan of Action (JCPOA), on July 14, 2015.

During the Iranian president’s historic visit to Paris in January 2016, Iran and France signed a series of basic trade deals thought to be worth billions of dollars.

Rouhani and his French peer Francois Hollande oversaw the signing of the deals that concerned cooperation in a range of sectors such as aviation, car manufacturing and oil among others.