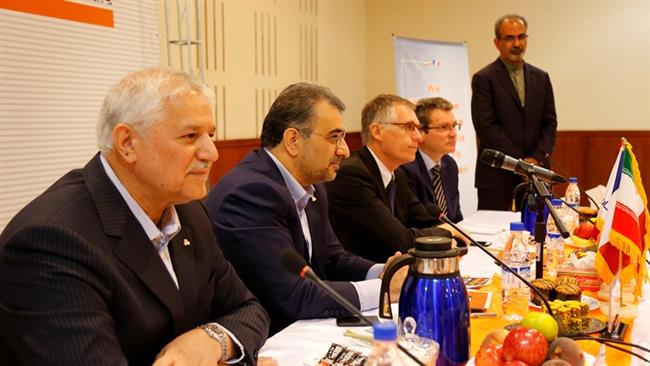 Iran’s major automaker SAIPA and France’s PSA Group have announced a deal to launch a joint-venture to produce and sell Citroen cars in Iran.

Based on the deal, Citroen cars will be produced in Iran’s central city of Kashan at a plant which will be jointly owned by the two companies.

The agreement between Citroen and SAIPA – which has been the French company’s historic partner in Iran since the 60s – lays the foundations for a new strategic partnership between them.

The joint-venture will accordingly invest above €300 million in manufacturing and R&D capacity over the next five years.

“With more than 50 years of presence in Iran, PSA Group through this new strategic partnership is clearly committed to the deployment of a rich product plan that meets the expectations of Iranian clients,” Carlos Tavares, Chairman of the PSA Group Managing Board, has been quoted as telling the reporters after signing the agreement.

The agreement envisages the transfer of technology and a significant level of local content, Reuters reported.

Also, Citroen models will be sold throughout the country through a network dedicated exclusively to the brand. No less than 150 Citroen outlets will open in the next 5 years, Reuters added.

Consistent with the core model strategy deployed in the Push to Pass plan, the production in Kashan of three vehicles adapted to the heart of Iranian market will start in 2018, Business Wire reported. From early 2017, imported vehicles will be staging Citroen’s comeback in the country.

SAIPA, along with Iran Khodro, dominates Iran’s massive market of about 80 million people. It consists of seven manufacturers and roughly contributes at least 30% to the total car production in Iran at above 300,000 cars per year.

Iran is the Middle East’s largest auto market with a population of 80 million. The automobile industry is seen as Iran’s biggest non-oil sector, accounting for nearly 10% of the country’s gross domestic product (GDP).