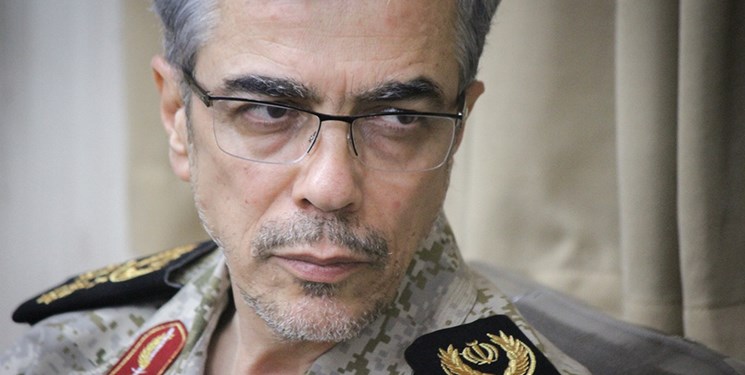 A senior Iranian military commander has condemned the anti-Islam stances adopted by French President Emmanuel Macron, warning the French official against such a dangerous game.

“Emmanuel Macron’s anti-rights comments in support of the continued publication of profane cartoons against Prophet Muhammad, which Macron calls ‘backing for secular values,’ has once again laid bare the true colours of those who falsely claim to be advocates of human rights,” said General Baqeri, the chief of the General Staff of the Iranian Armed Forces.
“Macron’s remarks showed they pay no respect to divine faiths,” said the general.

“Surprisingly enough, Western governments, including the French government, which have created Takfiri and terrorist groups such as ISIS, and which know nothing of pure Islam, want to attribute a violent act of terrorism to the religion of mercy, wisdom and rationality, i.e., Islam,” the top general said.

General Baqeri reiterated that liberal-democratic policies in the West have failed.
He underlined the Paris government seeks to present a bill to restrict the activities of Muslims in the country in order to cover up its own incompetence.

The top general asked intellectual elite and scholars across the world to urge French statesmen to “stop this dangerous game” and not to play with the religious sentiments of more than 1.5 billion Muslims.