“France Can Restore Its Regional Role by Cooperating with Iran” 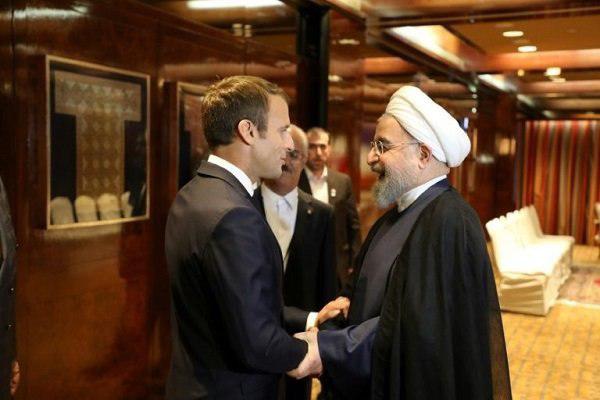 Former Iranian Ambassador to France Hamid Reza Assefi says France has lost its role in the Middle East to the US, but it can regain it through the enhancement of its cooperation with Tehran.

Assefi has called Iran and France two leading countries at the international arena, stressing that “France can draw on Iran’s support to restore its regional role if it contributes its share of regional responsibility.”

Speaking in a Farsi interview with Mehr News Agency, he underlined that France has already been sidelined in the region because of the US policies; however, it can restore its leading role through cooperation with Iran.

The former ambassador noted that the Europeans are interested in preserving the JCPOA to reap its economic fruits.

He referred to the coincidence of the visit of French Foreign Minister Jean-Yves Le Drian to Tehran and the visit of the Israeli prime minister to the US and said the visit was highly important for France because they need to listen to Iran’s stances towards regional issues.

“The more the European states keep their distance from the US, the more they can get closer to Iran. I think diplomatic contacts between Iran and France should be enhanced further,” Assefi went on to say.

In response to a question about the economic aspects of French foreign minister’s recent visit to Iran, Assefi said the expansion of ties between Tehran and Paris depends on the French side.

“Iran is completely ready to hold talks with other countries. One important point about the visit of French foreign minister was Iran’s strong resistance to the pressures from the outside before Le Drian’s visit. The resistance was made within the general policy of the Islamic establishment,” he added.

Assefi underlined that France always claims that it is an independent country which never follows the footsteps of the US and other powers.

“If France and other European countries remain committed to the JCPOA and make other sides stick to their commitments, they can provide a better environment for further cooperation between Iran and the Europe and in particular, France.” he added.

He further accused the French foreign minister of adopting double standard policies on its remarks about the Islamic Republic of Iran.

He said before his visit to Iran, Le Drian made contradictory remarks about Iran, but he changed his tone when talking to Iranian officials in Tehran.

“On the one hand Le Drian adopted a negative stance toward Iran but on the other hand, just hours before his visit to Iran, his ministry issued a statement and praised Iran’s  regional role,” he added.

He said during Le Drian’s talks in Iran, the two sides exchanged views on significant issues and the Iranian officials reminded him of some of his country’s crucial tasks in fight against terror as well as its support for terrorist Mujahedin-e Khalq Organization (MKO).

The former ambassador also called on Iranian officials to adopt a firm stance during their talks with French officials and said it is important that the French government comes to the conclusion that Iranian officials have a unified and certain stance.

French foreign minister arrived in Tehran on Monday for a two-day visit to hold talks with high-ranking Iranian officials on a number of bilateral and regional issues.