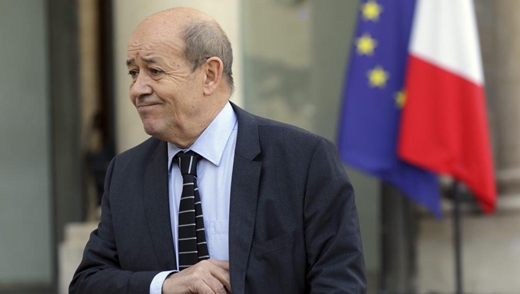 A former Iranian nuclear negotiator has given a strong response to allegations by the French defense minister that Iran is a threat to global security, by saying that Tehran does not have an atomic bomb and poses no threat to the world security.

Hossein Mousavian, a former Iranian ambassador to Germany, made the comment in the IISS Manama Dialogue 2015 in response to charges by Jean-Yves Le Drian that Iran is a threat to global security. The following is the translation of what Mousavian said at the 11th Regional Security Summit: The IISS Manama Dialogue (October 30 – November 1) as reported by entekhab.ir on October 30:

Mousavian addressed the French minister and said, “Mr. Minister! You described Iran as a threat as far as the proliferation of nuclear weapons is concerned. You know that Iran does not possess any atomic bomb and there has been no sign of diversion in Iran’s nuclear program toward developing atomic bombs.

“Why haven’t you talked about such a fact?” the former Iranian ambassador asked, saying, “Mr. Minister! You know better [than anybody else] that nuclear disarmament is the very first objective of the Nuclear Non-Proliferation Treaty (NPT). Five powers that negotiated with Iran are in possession of as many as 22,000 nuclear bombs. Over the past 40 years, they have ignored and violated the NPT.”

Mousavian went on to say, “Have you dismantled those 22,000 nuclear bombs? Why hasn’t France eliminated its nuclear arsenal and why has it violated the NPT?

“Conversely, France and other big powers have established strategic ties with those nations which have refused to sign the NPT and developed atomic bombs such as Israel, Pakistan and India. They have imposed sanctions against Iran [instead]. This comes despite the fact that Iran is a signatory to the NPT and does not have an atomic bomb. It is also striking that France helped Israel build atomic bombs.”

The former Iranian nuclear negotiator concluded, “Why do you ignore these realities?”

The French defense chief could not provide answers to the questions raised by Mousavian and simply said that France and other powers as well as the International Atomic Energy Agency (IAEA) have not been convinced of the peaceful nature of Iran’s nuclear program yet.