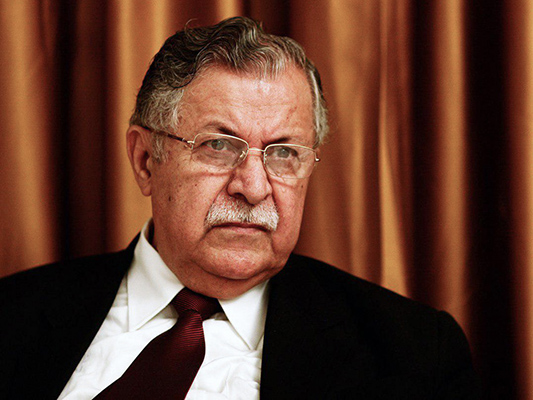 Jalal Talabani, the first non-Arab president of Iraq and the founder of the Patriotic Union of Kurdistan (PUK), has passed away at the age of 83.

Talabani, whose health conditions had deteriorated after a stroke in 2012, died in a hospital in Germany on October 3, 2017, according to a report by Rudaw.

He served as the sixth President of Iraq from 2005 to 2014, and the President of the Governing Council of Iraq (39th Prime Minister of Iraq).

Talabani, who was the first non-Arab president of Iraq, is known as “Mam Jalal” meaning “uncle Jalal” among Kurdish people.

Talabani was the founder and secretary general of one of the main Kurdish political parties, the Patriotic Union of Kurdistan (PUK).