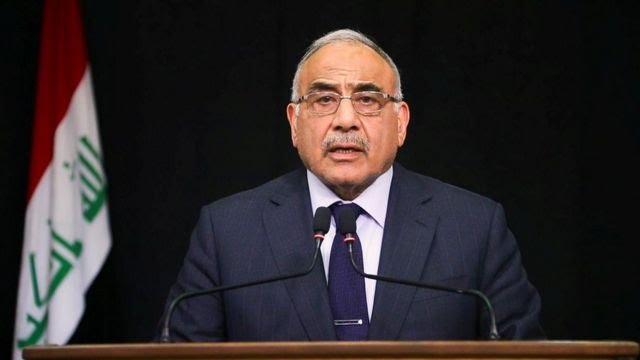 Adul Mahdi was planned to be the last host of Soleimani during his visit to Iraq and they were supposed to discuss the war on Daesh terrorists.

“I was planned to host martyr Haj Qassem [Soleimani] in the morning at 08:30 on that day to discuss a range of issues; therefore, at midnight I was preparing certain key points to raise during the meeting, when suddenly my chief of staff came to my office in a hurry and said the intelligence chief of Iraq Mr. Mustafa al-Kadhimi, the incumbent prime minister, informed him of a massive explosion at Baghdad Airport and that there is no information on the details,” Abdul Mahdi said in an interview with the IRIB ahead of the second anniversary of the assassination.
“I was worried. Although, I did not know which air or land border Haj Qassem is supposed to use to come to Baghdad, I had the jitters, especially as I realized that moments before the explosion, an aircraft traveling from Damascus, had arrived in Baghdad. I immediately contacted the Iranian embassy and asked them about Haj Qassem and they said they had no information. … Footage was coming in one after the other when I came across the image of the hand of the martyr and his ring and I realized that Haj Qassem and Abu Mahdi al-Muhandis had been targeted. I knew that hand and the ring well.”
Abdul Mahdi said the then intelligence chief Mustafa al-Kadhimi and representatives of the Iranian embassy later visited the prime minister’s office and there was an extraordinary meeting to discuss the consequences of the terrorist attack.

“Americans announced on six sharp Baghdad time that they conducted the attack. I cut off all contact with the Americans in a moment of anger. The White House, the US State Department and even the US Defense Department tried to talk to me, but I declined because I could not bear their stab in the back,” he noted.

“We lodged a complaint with the UN Security Council and held several special working groups with the Iranian side. Such a crime cannot be covered up, especially as the murderer, itself, and at the highest level of the US government confessed to the crime. Their move was a crime. No one should imagine that Iraqis ever forgot about the assassination of martyr Solaimani and Abu Mahdi al-Muhandis. This is unforgettable, but in some episodes, the situation in Iraq is complicated, and this may slow down the process of investigations, but will not put an end to it.”