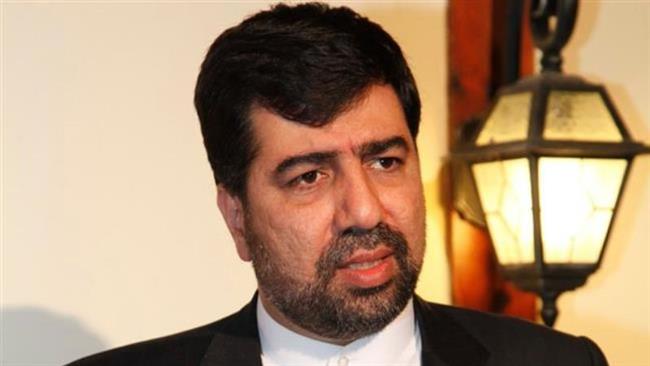 On the possibility of Roknabadi’s abduction, Deputy Foreign Minister Hassan Ghashghavi said that such a claim can neither be confirmed nor denied.

A senior Iranian diplomat has said that the Islamic Republic is seriously pursuing the fate of Iran’s former ambassador to Lebanon who remains unaccounted for after the tragic September 24 crush in Mina, Saudi Arabia.

“The [Iranian] Foreign Ministry is seriously pursuing the fate of Ghazanfar Roknabadi, the missing diplomat in the Mina catastrophe in Saudi Arabia, because he was a well-known figure in the region,” Deputy Foreign Minister Hassan Ghashghavi said on Monday.

On the possibility of Roknabadi’s abduction in Saudi Arabia and his transfer to the occupied Palestinian territories, Ghashghavi said that the issue was a speculation, adding that such a claim can neither be confirmed nor rejected.

He said that the time and location of the Mina stampede, circumstances as well as individuals who were accompanying Roknabadi before he went missing do not confirm the likelihood of his abduction.

It is possible that those who are still missing in the tragic incident could be among the dead, or wounded, the Iranian diplomat said.

He added it is even possible that certain Iranian pilgrims have been arrested.

On September 28, Iranian Foreign Ministry Spokeswoman Marzieh Afkham described as “incorrect” and “hasty” reports that Saudi authorities have no official record on the entry of Roknabadi to the kingdom for Hajj. She said that the Iranian ministry has documents showing that Riyadh had approved an ordinary Hajj visa for the missing diplomat.