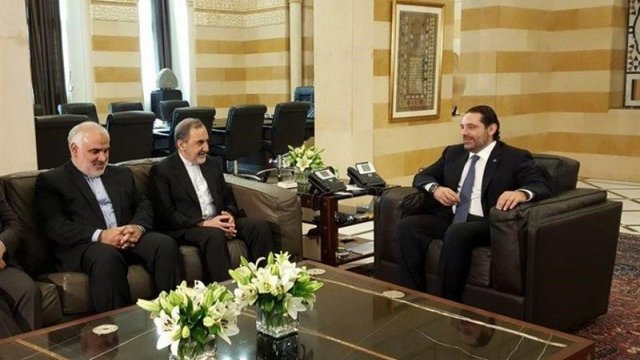 A senior adviser to Iran’ Leader has praised the victories of the Lebanese government and stressed the imminent defeat of all terrorists, extremists and Takfiri movements in the region.

Speaking after a Friday meeting with Lebanese Prime Minister Saad Hariri in Beirut, Ali Akbar Velayati said, “The victory of the resistance axis is a victory for all of us, and we praise the victories that have been made in Lebanon against the terrorist groups recently.”

He went on to say that Iran welcomes the stability of Lebanon and its government and supports its independence.

Velayati stressed that Lebanon’s victory against terrorism is a victory for all the region, adding that the terrorists, extremists and the Takfiri movements in the region are supported by the Zionists and some regional countries that do not want to see the regional countries’ stability, security, independence and unity.

“Lebanon and Iran’s relations have always been very good and constantly growing, and the Islamic Republic of Iran supports the stability of Lebanon.”

For his part, the Lebanese PM Hariri offered a warm welcome to the adviser to Leader of the Islamic Revolution saying that “we are faced with serious challenges from the terrorists, extremists and the Takfiri currents. We must do our best to stand against them to achieve victory.”

Following this visit, the two sides held a separate meeting to discuss regional and international developments.

Velayati travelled to Lebanon on Thursday to attend the Union of Resistance Ulema Summit in which a group of prominent Muslim scholars and figures participated.

Meeting with the Secretary General of Lebanon’s Resistance Movement Sayyed Hassan Nasrallah, attending the Summit of the Ahl al-Bayt (AS) World Assembly and meeting with other high-ranking Lebanese authorities have been among other programs of Velayati.