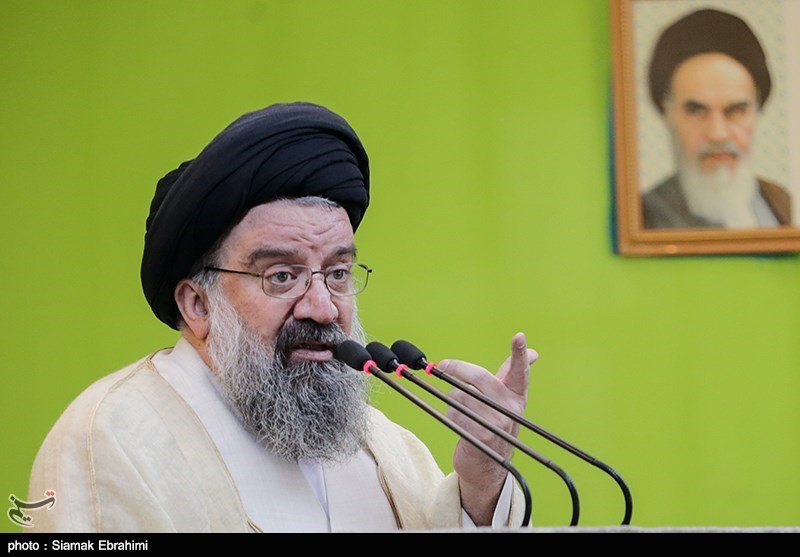 A senior Iranian cleric says the Islamic Republic of Iran will not allow any foreign meddling in its missile program.

Addressing a huge crowd of worshippers, the interim leader of Tehran’s Friday Prayers, Ayatollah Ahmad Khatami, rejected any foreign interference in Iran’s defence program, saying the Islamic Republic will produce more missiles with longer ranges as long as it can.

“In this regard, we will hold no negotiation with any state and will not allow any foreign meddling in our missile program,” he was quoted as saying in a Farsi report by IRIB News.

He made the remarks in reaction to the latest meddlesome statements by French Foreign Minister Jean-Yves le Drian, as well as a number of other foreign officials, on Iran’s missile program.

Khatami also referred to the Joint Comprehensive Plan of Action (JCPOA) and said there is a strong consensus among the officials of the Islamic Republic not to take part in any new round of talks on the nuclear accord signed between Iran and six world powers in 2015.

He underlined that Iran will not change its final decision about the nuclear accord under any condition.

Ayatollah Khatami also denounced the US’ Greater Middle East Plan saying Washington will never see such a thing even in its wildest dream.

Elsewhere in his remarks, the senior cleric said the US officials have developed four strategies toward Iran and other Islamic states in the region and added, “They are after decreasing Iran’s missile and defence capabilities to provide the occupying regime of Israel with a sense of security and comfort.”

He also noted the US officials are still seeking to expand terrorist groups in the region to keep the region unsafe with the aim of pressing ahead with their regional projects.

He then referred to the regional polices of Iran and said the Islamic Republic of Iran will never stop supporting the resistance movement of Hezbollah.