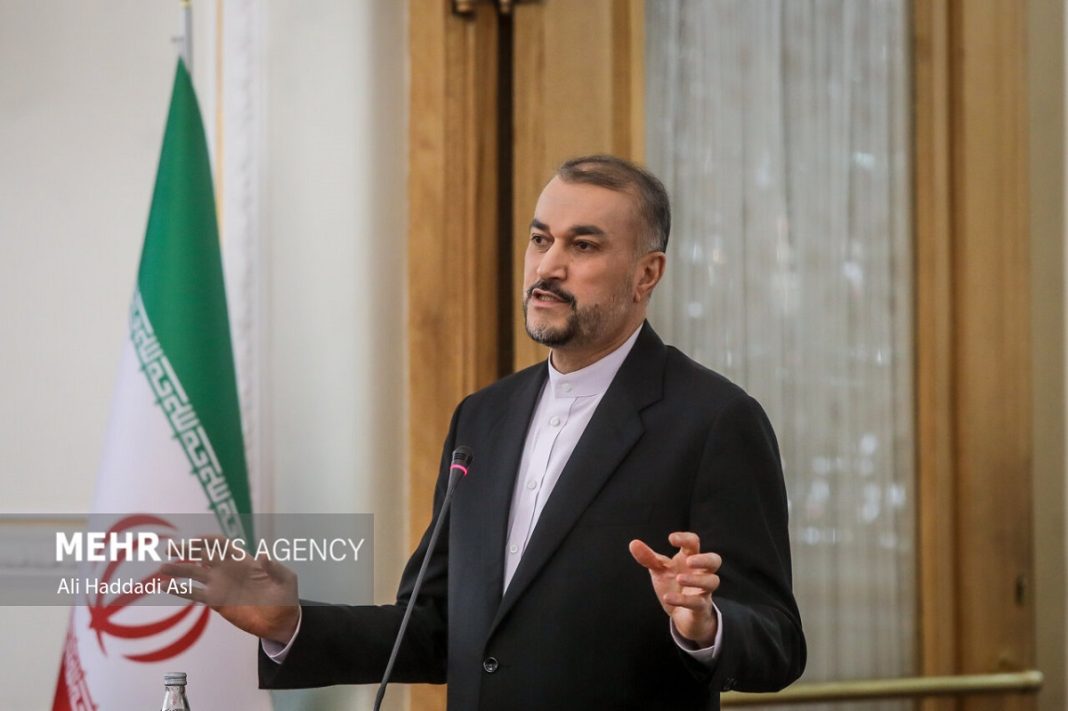 Iranian Foreign Minister Hossein Amirabdollahian has stressed that Tehran is fully committed to the issue of human rights, but will not allow any foreign interference in its internal affairs.

Amirabdollahian made the remark in a string of Twitter posts on Thursday, hours after a United Nations Human Rights Council (HRC) meeting, requested by Germany and Iceland, was convened to discuss alleged human rights violations in Iran during handling of recent foreign-backed riots in the country.

During the Thursday session, the council members adopted an anti-Iranian resolution, calling for the establishment of an international fact-finding mission to probe Iran’s response to the protests.

Reacting to the council’s move, the foreign minister said Germany, itself, was the main provider of chemical weapons to former Iraqi dictator, Saddam Hussein, during his imposed war against Iran in the 1980s, which were frequently used against Iranian people with disastrous consequences.

“Now, they are abusing HR mechanisms to perpetrate more HR violations, all in the name of a farce “solidarity” w Iranians,” the top Iranian diplomat noted.

“Even worse & more shameful, they’re doing this for cheap domestic games. Iran, as a strong & stable country, is fully committed to HR, but won’t allow foreign meddling in its internal affairs,” he added.

Earlier in the day, Iran’s Deputy Vice President for Women and Family Affairs Khadijeh Karimi, who was addressing the HRC session on the recent riots, strongly condemned “some Western states” for stoking riots and acts of violence in the country through inciting public emotions, calling their instrumental use of human rights “disgraceful.”

Karimi pointed to hatemongering efforts and spreading false rumors with the goal of fomenting violence by anti-Iran TV channels based in the UK and the US, adding, “West’s interventions led to the killing and injuring of hundreds of Iranian police and security forces as well as destruction of thousands of public and private properties.”

Riots broke out in Iran on September 16 after a young Iranian woman, identified as Mahsa Amini died. The 22-year-old fainted at a police station in the capital, Tehran, and was later pronounced dead at a hospital. An official report by Iran’s Legal Medicine Organization said that Amini’s controversial death was caused by an illness rather than alleged blows to the head or other vital body organs.

The rioters have been going on a rampage across the country, attacking security officers, resorting to vandalism against public property, and desecrating religious sanctities.

Earlier in the month, Iran’s Intelligence Ministry said the United States and the United Kingdom were “directly” involved in the recent riots, adding that dozens of terrorists affiliated with the Zionist regime and anti-revolution groups have also been detained in the unrest.