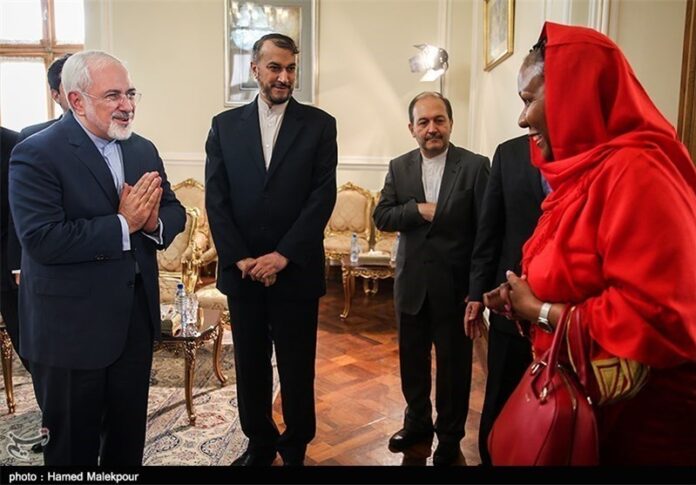 Terrorist groups in Africa are a threat to regional and global peace and security and the fight against extremism is a major subject for mutual cooperation, said Zarif.

Iranian Foreign Minister Mohammad Javad Zarif warned about the threat posed by terrorist groups against global security, and called for closer cooperation between Iran and South Africa against the phenomenon.

“Terrorist groups in Africa are a threat to regional and global peace and security and (therefore) the fight against extremism is regarded as a major subject for mutual cooperation,” he noted.

Zarif described Iran-South African relations as excellent and beyond political and economic relations, and added that South Africa can be a major trade partner for Iran.

The South African delegation has come to Iran to partake in the sixth Iran-South Africa political commission.

Mfeketo, for her part, offered congratulations on the nuclear deal between Iran and P5+1.

She described her visit to Iran as very positive and expressed hope that the achievements of the visit would help boost all-out relations between the two countries.