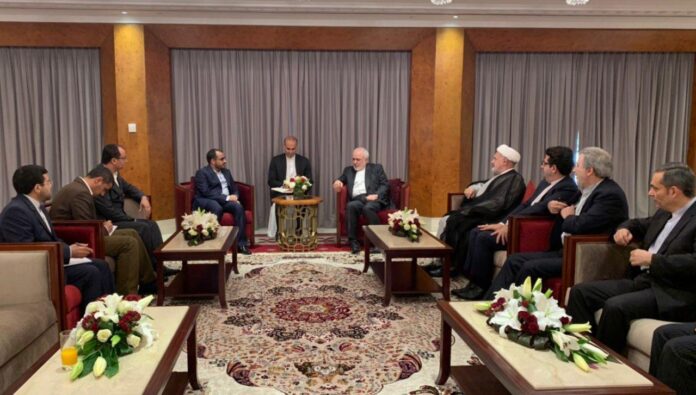 Iranian Foreign Minister Mohammad Javad Zarif has held talks with a number of Omani and Yemeni officials during his official visit to Muscat.

In the meeting, the two sides conferred on the latest political and on-the-ground developments in Yemen.

Zarif also met the Minister of the Palace Office of the Sultanate of Oman, General Sultan bin Mohammed al Nua’mani, and discussed with him the development and deepening of bilateral and brotherly relations between the two countries.