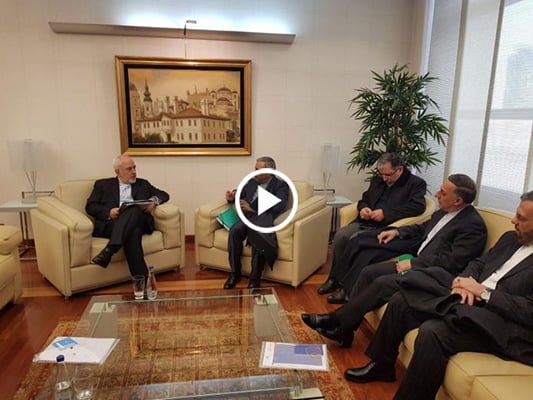 Iran’s Foreign Minister Mohammad Javad Zarif is in Serbia to boost the Islamic Republic’s ties with the Eastern European country.

Zarif’s trip is part of a regional tour that will later take the Iranian diplomat and his accompanying delegation to Bulgaria, Croatia, and Bosnia as well.

The Iranian FM arrived in Belgrade on Monday afternoon and was welcomed by Serbian officials and the Iranian ambassador to the country, says a Farsi report by IRIB.

He will then meet with the country’s President Aleksandar Vučić.

The Foreign Minister and the accompanying delegation will also meet with Iranian expatriates residing in Serbia Monday night.

FM Zarif will later have separate meetings with Serbian Prime Minister Ana Brnabić, Speaker of Parliament Maja Gojković and Minister of Trade, Tourism and Communications of the Republic of Serbia Rasim Ljajić.

He will also participate in a joint trade summit in presence of businessmen and representatives of the private and public sectors of the two countries.

The Iranian foreign minister will leave Serbia for Bulgaria on Tuesday afternoon.