Fire at Mahshahr Petchem Complex Was an Environmental Warning 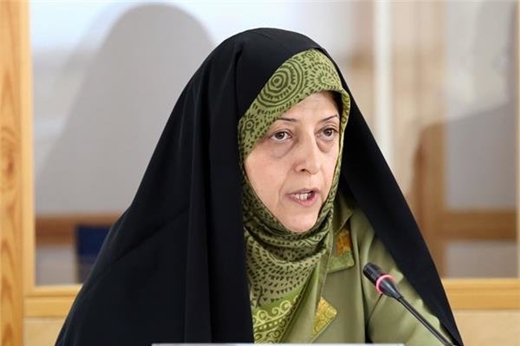 Vice-President and Head of Iran’s Department of Environment said the recent fire in Bou Ali Petrochemical Complex in southwestern Iran was a wakeup call on the importance of environmental issues and safety.

“Given the national and worldwide importance of environmental issues, we need to make every effort to achieve sustainable development and promote environmental standards by making progress in our scientific and technology development,” Masoumeh Ebtekar said in an address in Mahshahr, which she was visiting to inaugurate a number of industrial projects.

According to a report by IRNA, as translated by IFP, she emphasized the efficient use of energy and water resources, and noted, “Authorities should spare no effort to decrease environmental contaminants, particularly greenhouse gases.”

She went on to say that ignoring environmental issues could leave detrimental effects on economy, health and natural resources.

“Fortunately, the incumbent government has placed environment high on its agenda, which corroborates the claim that it is investing more time on environment than previous governments.”

Ebtekar appreciated the changes made in the approach of petroleum industry towards environmental issues and said, “To have a say in international arena, we need to strive to improve our standards.”

She expressed satisfaction with the omission of mercury from the productions of Bandar Imam Petrochemical Complex and added, “This change of approach not only benefits the residents of this region, but also turns a profit at the international level as it is connected to the Persian Gulf.”

“Exclusion of mercury decreases energy costs of the complex by 3% which is a big step forward under the Paris agreement,” Ebtekar underlined.

According to Paris agreement, Iran is obliged to decrease greenhouse gasses emissions by 8% on the condition that JCPOA is fully implemented.