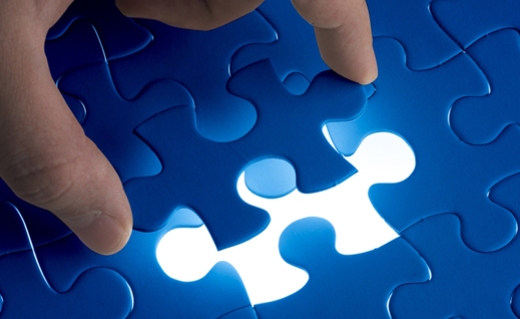 Resalat daily says compensation for the losses Iran has suffered because of sanctions should be put on the negotiating table.

Iran’s nuclear team has been involved in marathon talks with P5+1 for over one and a half years. Prior to this, the eighth, ninth and tenth governments held similar inconclusive negotiations. Despite the flexibility shown by the Iranian side, the West has refrained from accepting a deal and remaining committed to its obligations.

Resalat daily on March 1 dedicated its editorial to Iran’s right to compensation for the losses it has sustained over the years because of the unjust sanctions of the West. The following is a partial translation of the editorial by Mohammad Kazem Anbarlouei:

For more than a decade, the Western side has acted like an “interrogator”, treating Iran like a “defendant”. It has made allegations which have been repeatedly rebutted, with the International Atomic Energy Agency confirming their groundlessness in its [periodic] reports.

To act in good faith, Iran has met their illegal demands which go beyond the provisions of the Nuclear Non-Proliferation Treaty (NPT), and the IAEA has verified Iran’s measures.

In return, nothing has happened. The Western side has neither dropped its unsubstantiated claims, nor has it offered apologies for the invalidity of its previous allegations.

For more than a decade wicked measures by the US and certain Western governments have inflicted billions of dollars in losses on the [Islamic] establishment. They have caused Iran to pay hefty prices for its nuclear program. They have sabotaged our nuclear program by selling us contaminated parts. That is not all; they have even assassinated five Iranian nuclear scientists in a despicable way.

What is absent in nuclear talks between Iran and P5+1 is the question of Iran’s financial losses claim; the losses they have imposed on Iran which have taken a toll on our public funds.

Iran should lodge serious financial and calculational claims against the Western side and ask for compensation for numerous losses, among them:

The Iranian nuclear team does not include a negotiator who can present these loss claims. So a representative from the Supreme Audit Court and one from the Economy Ministry’s treasury office should pursue the demands of the Iranian nation in the talks.

In the early years after the Islamic Revolution, a few Americans were targeted and killed by a Lebanese resistance movement in the Arab country. Their families took the case to the court, asking for compensation. They lodged a complaint against the Iranian government, arguing that Tehran had lent [financial] support to the resistance group in Lebanon. They called on the US administration to give them compensation from Iran’s assets frozen in the US and Europe!

The Iranian negotiating team provides an answer to any false, baseless claim the US makes, but it has yet to put on the table the [legitimate] demand of the Iranian nation for compensation for the losses Iran has sustained as a result of unjust sanctions.

The American and French sides have put forward the most outrageous demands and claims in nuclear talks; that is one reason why the talks are held behind closed doors. If they are made public, Iranians from all walks of life would pour onto the streets [in protest] and would no longer tolerate the presence of their representatives in the talks – in which the other party makes audacious claims – even for a few minutes.

The nation who stands up today should reclaim its rights from the bullying powers. Any deal in March should recognize Iran’s right to peaceful nuclear technology in line with the NPT.

Compensation should be paid to the Iranian nation, and unjust sanctions should be lifted once and for all, without technical and legal bargaining. If all this happens, Iranians can turn yet another golden page in the history of their resistance.