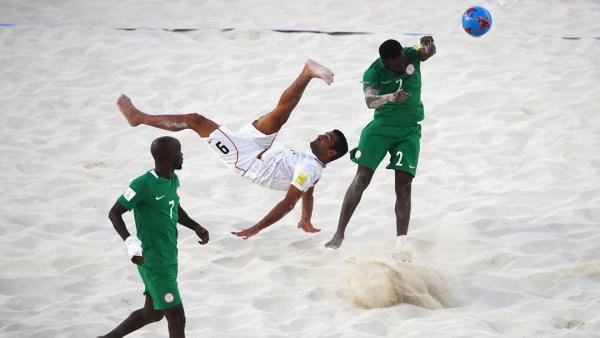 The Fédération Internationale de Football Association (FIFA) has congratulated Iran on its advancement to the quarterfinals of the FIFA Beach Soccer World Cup 2017 in Bahamas.

The international governing body of football, futsal and beach soccer (FIFA) extended its congratulations to Iran on the side’s success in booking a berth in the quarterfinals of the FIFA Beach Soccer World Cup Bahamas 2017, after beating Nigeria 2-1 on penalty shoots, in a message posted in Instagram on Tuesday (May 2).

According to a report by IFP, the message, which was posted along with a photo of the Iranian players celebrating their getting through to the quarterfinal round of the tournament after defeating Nigeria in their last group stage match, reads, “What was that we said about penalties?! Congrats on booking a quarter-final spot, #Iran!”

Iran held their nerve to power past Nigeria 2-1 on penalties on Monday (local time) and advance to the quarterfinals of the tourney.

With the two sides level at 4-4 following extra-time, it was the Iranians who remained firm to emerge with the one point for a win via penalties and – in the process – seal a place in the last eight as Group B runners-up.