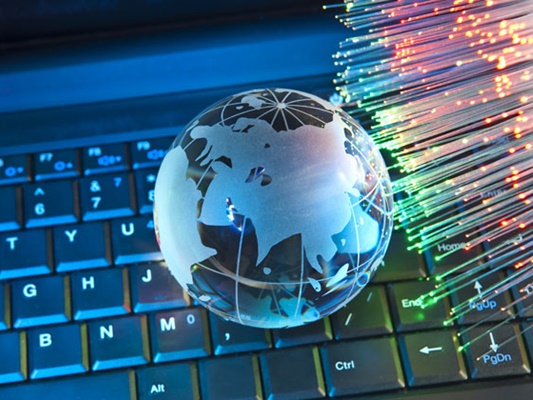 Internet services in Iran will be completely overhauled by the fibre optics technology, which is being promoted by the Iranian ministry of Communications and Information Technology.

Columnist Mohammad Hassan Kholoosi has, in a Farsi article published in the Donya-ye Eqtesad daily newspaper, elaborated on a plan to provide fibre-optic communications for homes in Iran. The full text of the piece follows:

The Fibre To The Home (FTTH) plan widely advertised in media and on billboards was unveiled around three months ago by the Iranian Telecommunications Company. Its first phase was officially inaugurated on April 24, 2017 in a ceremony attended by First Vice President Es’haq Jahangiri. Also present was the head of Iran’s Telecommunications Company who promised to get one million fibre-optic ports connected to homes by March 2018. Later on, telecoms officials said the figure could rise to one and a half million. One week later, news was published of the MTN company’s direct investment and partnership with the Iranian Net Company (Iran’s fibre optics operator), paving the way for the renewal of the license of a fourth operator.

It seemed the government, in order to increase competition between the two operators, aimed to enhance speed and improve the quality of the country’s fibre optics infrastructure, especially by boosting access and distribution layers and opening up new business opportunities on the Web. However, given the history of it all, there is uncertainty over the FTTH plan becoming operational on time. The entrepreneurs and investors who intend to create content or establish new businesses on the high-speed Internet have doubts as to whether or not the capacity of the network and the operators’ programs to develop the infrastructure will meet their needs in the near future. To show the plan was not merely an advertising move at a certain point in time, all those involved in the project should shed light on its dimensions and implementation plan and also draw up periodical progress reports to show that first, they have the necessary determination to implement it and second, the plan is going according to schedule. This would encourage entrepreneurs and investors to launch new start-ups and promote new business plans on the Internet.

For instance, it should be clear when exactly the plan will come on line. Will the one million (or one and a half million) ports promised to become operational by March 2018 come on line as scheduled? Will, at this stage, only economic enterprises and businesses be covered, or home users will be provided with the service as well? In which cities and based on what timeframe will the fourth operator expand the required fibre-optic network? What model is adopted to bankroll the project? Will users be charged from the beginning for the costs of building the network, or will they be charged gradually later on through the services they are provided with? Another key issue shrouded in ambiguity is the plan for the procurement of active and passive equipment needed by the network as well as the optic fibres required by the operators to implement the FTTH project.

These ambiguities and a lack of coordination with local producers may lead to the market being taken over by foreign producers. This comes as very good potential and active resources exist in the country to produce the fibre optics. As a case in point, it is not clear how the optic fibres needed for the one million optic-fibre ports for homes will be procured. If, optimistically speaking, the optic fibres are connected to optical cabinets, on average some 500 meters of optic fibres are required to go all the way from the optical cabinet to each home not to mention the 50 meters of drop cables needed for each flat inside an apartment building. If at the end, 1-t-16 splinters are used and if, on average, there are 10 subscribers in each building, at least 100,000 kilometres of optic fibres will be needed by March 2018. This comes as the biggest producers of optic fibres in the country are running at 50% nominal capacity due to high costs as a result of delayed payments by operators or state firms, and is scheduled to produce some 15 thousand kilometres of optic fibres by March 2018.

The need to make plans for the procurement of optic fibres is felt more when official global data show the implementation of the FTTH project in different countries has led to the growing use of optic fibres for several years in a row. For example, China, which used only 10 million kilometres of optic fibres in 2004, saw a 14-rise in the amount of optic fibres used over a ten year period after the FTTH plan became operational. The figure hit more than 140 million kilometres in 2014 in the country and is predicted to have a rising trend until 2020. Surveys show that at the moment, the fibre-optic network has been only extended to street cabinets, or at most, to distribution points, at certain telecoms centres in Tehran.

Solution to Problems in Production of Optic Fibres

In most countries, operators buy part of the shares of companies producing optic fibres and cables, so that both sides will reap the benefits of this partnership mutually. This way, not only can operators make sure they will receive supplies of optic fibres on time, but producers also may rest assured that their investment in boosting their capacity and diversifying their basket of products will bring in more customers.

Moreover, transparent policies are needed in the imports sector in order to help local companies secure a bigger share of the market for domestic products in order to run development projects. We should not allow cheap low-quality foreign products to replace domestic products. A very efficient and useful way is to run joint ventures with renowned foreign producers, which can happen with the government’s support. The reality is that the process of procuring optic fibres in the country will be incomplete and imprecise without taking into account the production of hardware, software and content. The whole process of establishing the fibre-optic network in the country should be specially designed.