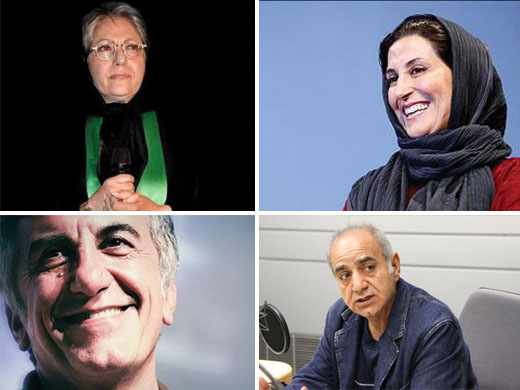 Motamed-Arya’s prize will go under the hammer and the proceeds will go to a campaign to shelter the homeless.

Fatemeh Motamed-Arya, a well-known Iranian stage and screen actress, has offered the “most prestigious award” she has won for her part in Gilaneh from the International Resistance Film Festival to a campaign to build shelters for the homeless.

Khabaronline, a news website, reported on Tuesday that Motamed-Arya is the third Iranian artist who has joined the campaign launched by Rakhshan Bani-Etemad, an internationally and critically acclaimed director and screenwriter, and Reza Kianian, an well-known actor, after they put up their awards for sale, so that the proceeds could go to a charity to build accommodations for the homeless.

The campaign is dubbed “Sarpanah, an 8th S:” in reference to an Iranian New Year tradition called “Haft Seen”[According to this tradition, Iranian families put seven items starting with the letter “S” in Farsi either on a table or on a piece of cloth spread on the floor. Each of the items represents an important concept reminding people of their significance at the turn of the year. The proposed campaign whose name starts with the letter of “S” – Sarpanah, meaning shelter – is meant to remind people of helping the homeless at the beginning of the New Year.]

Describing the move as one to promote peace and humanitarian causes, Motamed-Arya said, “I will offer my prize to this campaign, because I think it has humanitarian roots and can bring people with different beliefs and various financial backgrounds together to rally behind a lofty social cause. Amid wars, violence and conflicts over power, there are still some people with kind hearts across the world who launch campaigns to promote humanity in return for nothing.”

She added, “Building accommodations for the homeless cannot be done solely by the public or by the authorities alone; rather, cooperation between the two is necessary to make it happen.”