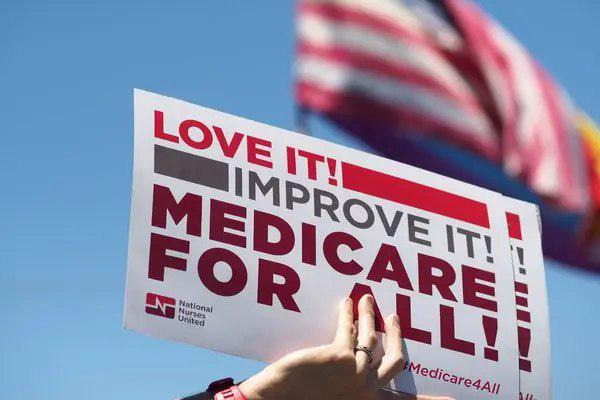 The Obamacare is the most comprehensive law of the US since Social Security Act effective in 1935. The law was passed to guarantee the quality of health insurances and reduce the number of uninsured people, and now it seems to have a key role on the fate of the country’s 2020 election.

“The Health Insurance Act” is the only winning card for Democratic Party and its supporters. Over 40 million Americans have no valid health insurance due to high costs of health care and their financial inability to afford it. In addition, about 160 million people are not satisfied with their private insurance, and believe it is very expensive and insufficient.

Therefore, getting the votes of 200 million dissatisfied people who are eligible, and form half of the US population, could be crucial for the 2020 election.

Election debates of Democratic Party are carrying out based on two different views and plans. The debate’s location and time is determined by National Democratic Committee. Choosing the main candidate in the 2020 election is carried out at a gathering called National Democratic Congress. It is likely that the winning candidate will be determined, few month before gathering, considering the percentage of popularity and votes in primary election. The last state primary election for determining the main candidate was held in New York State.

By April 2020, twelve debates will be held between Democratic candidates. The number of candidates participating in first and second debates were 20 people, with some leaving each debate.

The third debate was held in Houston, Texas, hosted by ABC channel, with the 10 top candidates that were arranged based on their popularity in polls, winning at least %2 of popular vote, and 130,000 financial contributors.

In the last three debates, 10 Democratic candidates presented different views on organizing public health insurance, and criticized health status in Trump administration. The statistics such as 86 million uninsured or underinsured Americans, Trump and Department of Justice’s effort to repeal the Obamacare, and annual bankruptcy of over 500,000 Americans due to high treatment costs, were all cases for more pressure on Trump, and attracted more audience.

The first Democrats’ plan is a totally socialist, which will establish a health care system, and propose a %100 governmental and developed health care system. One of the good points of the plan is to cover all Americans, and to reduce people’s share of health care with the federal government funding.

This annual plan imposes a huge cost of $ 3 trillion on the government, and reduces the competitiveness and executive efficiency by eliminating private sector from health care system. The key point is that the plan will frighten capitalists and political and economic critics, so will push them to support Trump.

Famous supporters of the plan include candidates like Bernie Sanders, Elizabeth Warren and Kamala Harris. The plan’s supporters are mostly transformational or hard-line Democrats.

The second plan is the reformation of the existing health system, which is based on the Obamacare health insurance. The plan will maintain the private sector, but will significantly reduce its share and influence in the market, while increasing the government’s control over health system. Currently, the US health system is being ran by large profit-oriented companies that are inefficient because of the control of free trade in the field of health care.

The strengths of the plan are that it is short-term, inexpensive and pragmatic, backing by a moderate Democrat Joe Biden. The lack of full coverage of American population and lack of transparency are among the weaknesses of the plan.

During Obama presidency, a health insurance policy called the Obamacare was applied, which Trump sought to repeal and replace it with “Trumpcare”.

The Obamacare is the most comprehensive law since Social Security Act effective in 1935. The law was passed to guarantee the quality of health insurances and reduce the number of uninsured people. It also aimed insurance companies to cover certain diseases, and insure people with almost same price regardless of gender or previous disease. In the Obamacare, parents can cover children up to the age of 26 with their own insurance. In 2017, the Obamacare considered an amount for the franchise of insured people, which was $ 7150 for each person and $14300 for each family per year.

With the Obamacare, the number of uninsured people dropped from %16 to %9. According to the statistics about 11,800,000 people used the Obamacare in 2018, and 20 million people were covered by health insurance.

Since the cost of health care in the US is annually over $ 3500 billion, the government must provide %50 of this amount. Under the Obamacare plan, some taxes are increased, and people with over $200,000 income per year were required to pay higher taxes.

With paying more taxes, the Obamacare was not so popular among people in the first few years, but polls show that the majority of people now oppose its repealing.

Repealing the Obamacare was one of the main slogans in Trump’s campaign.

The Republicans considered the Obamacare as a government intervention in private sector and seriously resisted the Democrats. Eventually, the plan to repeal the health care system failed to be passed by 51 votes against and 49 in favor in the Senate on July 28, 2017. It was another failure for Trump.

Names of 10 candidates in the third debate are as follow: