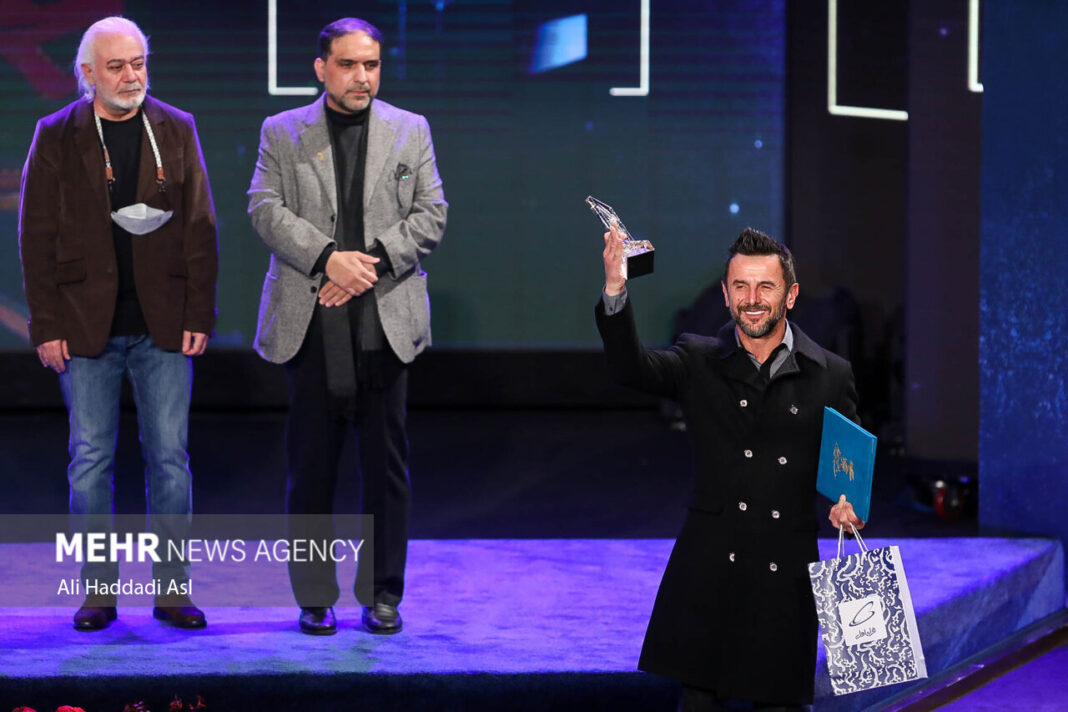 The closing ceremony of the 40th Fajr Film Festival was held in the presence of the filmmakers contesting the competition on Friday night in Milad Tower in Tehran. The films of “Mehdi’s Position”, “The Last Snow” and “The Grassland” won the main awards of this period.

One of the strange and unexpected events of the closing ceremony of the 40th Fajr Film Festival was the revelation of the list of prizes minutes before the beginning of the ceremony.

The Crystal Simorgh award for the best film from the national point of view went to “Without Prior Appointment” directed by Behrouz Shoaibi and produced by Mahmoud Babaei.

The Crystal Simorghs for the best actress and actor in the leading roles went to Tanaz Tabatabai for “Dreamless” and Amin Hayaee for “The Last Snow”, respectively.

The special jury award was given to Amir Hossein Asgari for “The Last Snow”.

In the final part, the Crystal Simorgh for the best film of the 40th Fajr Film Festival went to Habib Valinejad, the producer of “Mehdi’s Position” directed by Hadi Hejazifar.

Iran’s Minister of Culture and Islamic Guidance, Mohammad Mehdi Ismaili, said at the closing ceremony of the Fajr Film Festival that cinema has a high place in cultural diplomacy.

He added that the Covid pandemic has done a lot of damage to the economy of culture and art, but “we tried to solve some of the problems”.

Massoud Naghashzadeh, secretary of the 40th Fajr Film Festival, also said, “We emphasized legalism to improve the festival…we chose the films according to the schedule and did not give in to pressure….of course, we had a lot of difficulties, and in the face of threats and
despair, our colleagues tried to do the right thing.”

Many critics and viewers described the 40th Fajr Film Festival as one of the weakest. The event became controversial in the final moments with the removal of the Crystal Simorgh for the best film chosen by the audience.