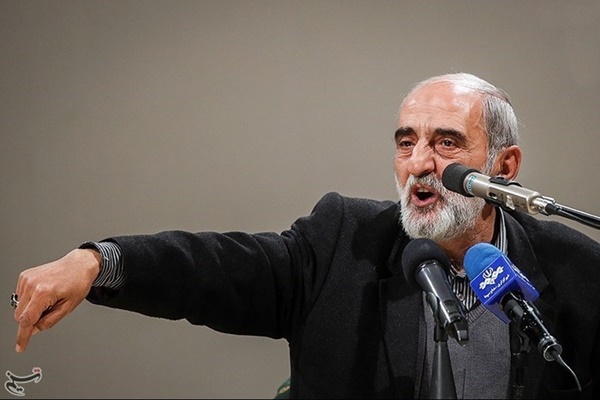 A seasoned Iranian journalist has discussed why it is crucial for Iran to retaliate now that there is plentiful evidence suggesting Israel was involved in the assassination of eminent Iranian nuclear scientist Mohsen Fakhrizadeh.

Hossein Shariatmadari, the managing director of the conservative newspaper Kayhan, wrote in an editorial that the evidence is so abundant that Tel Aviv could be seen as the main culprit.

“So, we shouldn’t be doubtful about taking revenge on Zionists (the Israeli regime),” he said.

Shariatmadari quoted the Israeli newspaper The Times of Israel as saying that Washington and Tel Aviv have orchestrated a series of covert operations against Iran during the Trump administration’s remaining weeks in office, assuming that “Iran will not respond” to such operations.

The top journalist added the same newspaper had stressed that Iran’s nuclear program was the main target of the plot.

“The report by the Israeli daily contains two key and noteworthy points. The first one is that the assassination of Iran’s nuclear scientists is on the joint agenda of the Israeli regime and the US, and the second one, which is regrettable, is why Israel has the illusion, or pretends to believe that Iran will not respond!”

He said the Israeli regime has been so emboldened that it dares assassinate an eminent Iranian scientist.

“Fakhrizadeh was the umpteenth Iranian scientist to have been martyred by terrorists affiliated with the Zionist regime [of Israel. Why should the Israeli regime, which is on the decline today and is besieged on all sides by resistance forces, be able to assassinate our nuclear scientists so easily,” Shariatmadari asked rhetorically.

“Why should Israel dare commit such a crime?1” he said.

In his article, the journalist referred to late founder of the Islamic Republic of Iran Ayatollah Khomeini’s recommendation on how to ensure the country’s security and people’s tranquility in the face of enemy plots.

Shariatmadari recalled the late Imam’s saying that “all officials and people of Iran should know that the West and the East will not rest until they – as he put it – strip you of your Islamic identity.”

“You should neither be pleased with having a relationship with aggressors, nor become upset with severing ties with them,” Shariatmadari quoted the late Imam as saying.

“Stare at the enemy with prudence and open eyes, and don’t leave them alone because if you do so, they will not leave you alone even for a moment,” the journalist further quoted Imam Khomeini as saying.

Shariatmadari also touched upon Leader of Iran’s Islamic Revolution Ayatollah Seyyed Ali Khamenei stressing the need to adopt preventive measures in the face of the enemy and to impose heavy costs on them for their crimes.

Shariatmadari said it has been these guidelines which have proven useful and which have struck terror into the hearts of the enemy.

The senior journalist said acting upon these guidelines have secured multiple victories for Iran against enemies, including Iran’s missile attack on the American Ayn al-Assad base in Iraq in retaliation for the US assassination of top Iranian military commander Lieutenant General Qassem Soleimani, Iran’s downing of a US drone which had violated the Iranian airspace, the seizure of a British vessel as a reciprocal move against the seizure of an Iranian tanker, the missile attack on the positions of ISIS terrorists in Syria in retaliation for the ISIS attack on the Iranian Parliament, and Iran’s vowing to take harsh revenge on the US for killing high-profile Iranian figures such as General Soleimani, etc.

Elsewhere in his remarks, Shariatmadari once again referred to remarks by the late Imam Khomeini, who had said, “Don’t reveal your weakness by resorting to the US. … Superpowers will sacrifice you and even their oldest and most faithful partners whenever their interests necessitate doing so.”

The veteran journalist further quoted Ayatollah Khamenei as urging Iranians not to fall for “those gentlemen at the negotiation table as they are the same terrorists at Baghdad airport [who assassinated general Soleimani]. … They are the same people; they just change their clothes.”

Shariatmadari concluded his editorial by saying that the Iranian Establishment and people should focus on two points for now: First, taking harsh revenge on criminal assassins of Fakhrizadeh that would make them rue the day, and second, identifying local elements involved in the assassination and possibly the enemy’s infiltrators.