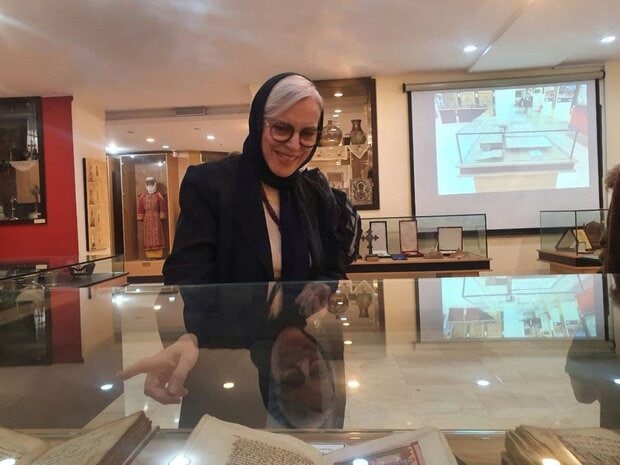 An old manuscript restorer says there is an exquisite book in the Armenian Museum in Tehran of which there are only seven similar copies in the world.

Rima Ojaghian, a veteran restorer of old manuscripts at the National Library of Iran who studied in France, told the Mehr News Agency about the old books kept in the Armenian Museum in Tehran.

“I restored these books, which are mostly Bibles, ten years ago. These books are now kept in the Armenian Museum. One of them is exquisite because there are only 7 books similar to it in the world. This book contains prayers that Armenians recited in churches,” she said.

She said that the pattern of the cover of the book is driven from the miniatures inside.

“This book was discovered in ancient Turkey in the early 1700s and was in poor condition when it was delivered to me. I had to clean it 5 times. I even had to wash it. If I remember correctly, this book was hidden in old jars. No other copies of this book were ever made. Similar books are now kept in Armenian libraries,” Ojaghian added.

“This book features the Armenian binding style to the audience. In the past, men used to sew the pages. I tried to bind this book with about 1500 pages in the same old style; even the headband and the tailband on both sides of the book were restored,” she explained.

The type of endband and binding shows well that the Armenians sewed the pages of paper, covered them with wood and closed the book in a certain style to prevent the destruction of the pages, Ojaghian stated.

She added that these books are now kept in two showcases of the Armenian Museum in Tehran.