No expense is spared to pitch Iranian carpets internationally 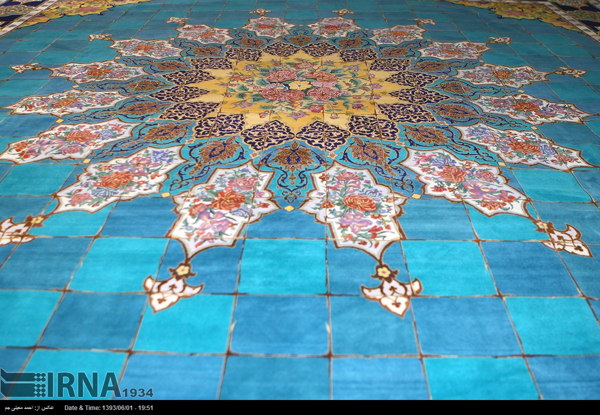 The government has its sights on the extensive promotion of Iranian carpets across the world to help the industry reclaim its past glory.

On August 24, a report in Asia, a Tehran-based daily, took a brief look at the stature of Iranian carpets on the international stage. Since a week-long hand-woven carpet exhibition opened on August 23, the paper found it suited to publish the comments of some officials including First Vice President Eshagh Jahangiri, Minister of Industry, Mine and Trade Mohammad Reza Nematzadeh, and Head of the National Center for Iranian Carpet (NCIC) Hamid Kargar, who delivered speeches on the opening day of the fair. About 120 foreign businessmen and researchers were invited to attend the event. What comes next is a report that the paper carried:

“Iranian carpets bear the huge responsibility of reflecting Iranian culture, civilization, and history, that’s why hurdles in the way of their production and trade need to be cleared,” said the vice president on the opening day of the exhibition, hailing carpets as a commodity that throws the economy a lifeline when non-oil revenues drop.

Taking a swipe at the lackluster performance of those who advertise hand-woven carpets on international broadcasting networks, the minister of industry, mine and trade told a large number of Iranian carpet producers and foreign businessmen in attendance, “This ministry stands ready to allocate the budget necessary to introduce and promote Iranian carpets. With government backing, the extensive promotion of hand-woven carpets across the world can see better days.”

Stressing the fact that creativity and innovation should not take a toll on the originality of Iranian carpets, he added: “In markets abroad, hand-woven carpets made in other countries are passed off as Iranian with the label of “The Islamic Republic of Iran” thanks to our highly-accredited carpets. It seems that we need to preserve our exemplary record. The government vigorously supports extensive TV advertisements aboard, especially in Europe. Unlike us, some companies trumpet their tiniest products. Anyway, as for carpet advertisement, there is a void in international TV networks that needs to be filled.”

Later the head of NCIC said: “The National Center for Iranian Carpet cannot afford to introduce and pitch Iranian carpets thanks to its limited budget, that’s why the ministry should attach special attention to the industry. As a result of sanctions, over the past four years, Iranian carpets have been banned from the American market and consequently, Iranian producers and tens of thousands of carpet weavers have taken an additional hit. I hope that the thaw in Iran’s political relations on the international front will make up for such losses.”

Hamid Kargar further stated: “One-on-one talks with foreign hand-woven carpet businessmen during the exhibition can help overseas trade boom and offer an opportunity to reach out to wholesale buyers.”

Special carpet trade training workshops covering topics such as electronic commerce, International Trade Law, transport, insurance, systems of purchase and storage, and techniques of trade negotiations are among other programs of the event, he concluded.