Executives of Italy’s oil giant in Tehran on Tuesday 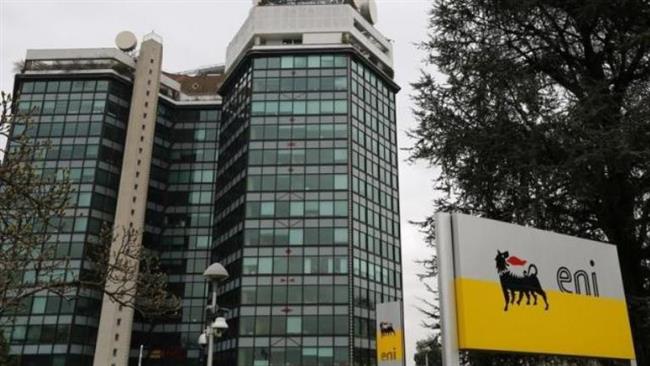 Now that the prospect for the removal of sanctions imposed on the Islamic Republic is bright, ENI is willing to return to Iran, said Ali Akbar Farazi.

An official with Iran Chamber of Commerce, Industries, Mines, and Agriculture (ICCIMA) says senior executives of Italy’s oil giant ENI will arrive in Tehran as part of a business delegation on Tuesday.

Ali Akbar Farazi, ICCIMA’s deputy for international affairs, said ENI will be part of a high-ranking Italian delegation headed by the country’s Foreign Minister Paolo Gentiloni, which will arrive in Tehran on August 4.

The official added that ENI was a partner to Iran’s oil projects before sanctions were imposed on the country by the West and had taken part in development of phases 4 and 5 of South Pars gas field as well as Darkhoein oil field.

“Now that the prospect for the removal of sanctions imposed on the Islamic Republic is bright, ENI is willing to return to Iran,” he said.

Farazi added that the Italian delegation will also include senior executives of SACE insurance company, as well as creditable Italian banks, automakers, pharmaceutical companies, and other companies active in such areas as water, electricity, oil, gas, and petrochemicals.

In April, ENI’s chief executive, Claudio Descalzi, told the Financial Times that his company is interested in returning to Iran if sanctions against the country are lifted.

He had made the remark in a meeting with Iran’s Petroleum Minister Bijan Zanganeh at an OPEC summit in Vienna in 2014.

Sanctions were imposed on Iran by the US and EU at the beginning of 2012, alleging that there was diversion in Iran’s nuclear program toward military objectives; an allegation that Iran categorically rejected.

On July 14, Iran and P5+1– the US, the UK, Germany, France, China, and Russia – reached the conclusion of negotiations over Tehran’s civilian nuclear program, with the Islamic Republic and the sextet sealing an agreement.

According to the agreement, known as the Joint Comprehensive Plan of Action (JCPOA), all economic and financial sanctions against Iran will be removed. In addition, all bans on Iran’s Central Bank, shipping, oil industry, and many other companies will be lifted.